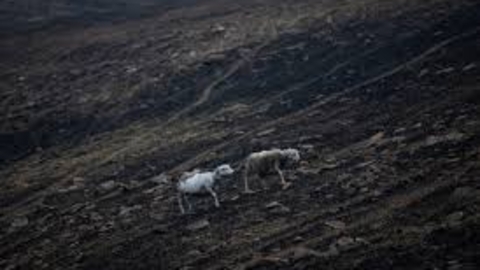 Подписаться на новости
animal husbandry  Agri-Produce  Problems  fires
Professor Chris Dickman found that more than 800 million animals were killed in fires in the state of New South Wales, and the total number of dead animals in the country has exceeded one billion.
Given Diekmann figures are based on the report of the world wildlife Fund (WWF) in 2007 on the impact of land clearing on wildlife in Australia. Using these numbers, the study authors found the average level of population density of mammals, birds and reptiles in New South Wales, and then multiplied estimates of the density on the area of vegetation.
Conducted the study, the researchers used a conservative estimate, therefore, the number of dead animals, possibly significantly above, the statements.
In Australia, the wildfires burned millions of acres of land, the fire in recent months has claimed the lives of 17 people, destroyed thousands of homes. In some places the fires are so intense and smoke so thick that to extinguish them from the air was impossible. The authorities sent Navy ships and aircraft to the affected area. In the South-East coast of Australia held a large-scale evacuation in connection with fires.