Tuesday, 21 January 2020
"Akron" has shipped over 100 thousand tons of liquid fertilizers in Argentina
The Acron group, one of the leading manufacturers of mineral fertilizers in Russia and the world, shipped to Argentina in 2019, more than 100 thousand tons of liquid fertilizers, the bulk of which were made of urea-ammonium nitrate (UAN). This is a highly effective fertilizer is widely used by local farmers for growing corn and wheat. 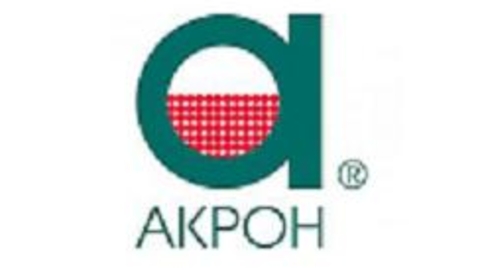 Recall that the implementation of direct deliveries to the Argentinean market, the Acron Group has created its own distribution company - Argentina Acron S. R. L. In early may, 2019 Akron has taken delivery of the first vessel UAN in Argentina. Subsequently, with the aim of expanding the product line of liquid fertilizer and add in CAS so important for the agriculture of Argentina macronutrients, such as sulfur, Akron started the deliveries of the ATS (Ammonium thiosulfate is an solution).

The Acron group also leased warehouse capacity total capacity of around 50 thousand tons in the ports of San Martin and Zarate, having a strategic geographical position, and formed a team with extensive experience in sales of fertilizers in Argentina.

Dmitry Khabrat, Vice-President for foreign economic activities of the Akron, said: "We continue to expand the geography of its strategic presence. Develop distribution where we see potential market growth and where our presence brings additional benefits to buyers. Urea-ammonium nitrate "Akron" are already in great demand in the agricultural sector of Argentina, however, the access of buyers to the global market CASs was severely limited infrastructure. We managed to solve infrastructural problems. Warehouses allow us to have the necessary reserves to Casa for timely delivery to farmers in required quantities, starting from one truck. We expect that in the near future, the proportion of Akron will be up to 20% of the market of liquid fertilizers of the country. Next year we plan to begin distribution in Argentina, the dry fertilizer".

The Acron group is in the TOP 3 producers of CAS in the world and is a leader in the supply of fertilizer in the United States.