Thursday, 30 January 2020
The group "Cherkizovo" in 2019 has strengthened the market leadership of broiler meat
"Cherkizovo group" (TM "Petelinka", "Cherkizovo") led by the National Union of poultry farmers, the largest producers of broiler meat in Russia. In 2019, the company managed to significantly increase the separation from the nearest competitor. 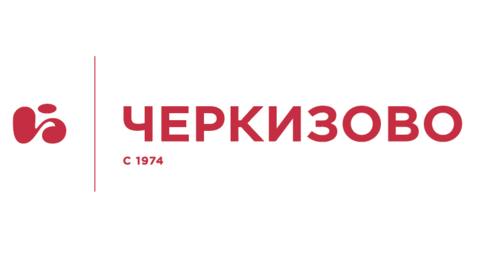 The national Union of poultry farmers (NSP) introduced its own rating of Russian poultry farms at the end of 2019. Cherkizovo group took the first place on volume of broiler meat production, producing 766 thousand tons in live weight. According to the rating company is more than all other manufacturers increased the production for the year the increase amounted to 145 thousand tons.

The largest producer of broiler meat in Russia "Cherkizovo" is for the past two years. According to NSP, in 2019, the Group ahead of the nearest competitor by 121 thousand tonnes, while in 2018 the difference in the volume of production amounted to only 6 thousand tons. Thus, last year the company has significantly strengthened leadership in this market.

For the poultry segment of the Group 2019 was eventful and successful. An important event that influenced the growth in production volumes, was the opening of the Chinese market for domestic poultry, which contributed to a substantial increase in exports of the company. The Group also completed the first phase of modernization of the enterprise "Altai broiler", acquired in December 2018. This will allow you to run production "Petelinka" - most popular Russian brand of chilled chicken meat. Because of this, last fall, "Petelinka" first appeared on the shelves of the Siberian Federal district. Expansion of cooperation with the largest Russian networks of a fast food was another positive factor for the poultry segment of the Group.

This year, Cherkizovo Group intends to continue to expand its production capacity of poultry meat. For example, within two years the company plans to double the capacity of the "Altai broiler", which is already one of the biggest players in the poultry market in Siberia. Due to the construction of the new broiler plants and increase the capacity of the slaughter line production volume of chicken meat at the plant will reach 116 thousand tons per year.

Cherkizovo group is Russia's largest producer of meat products. The group is among the three leaders on the market of chicken meat, pork and processed meat products. The Cherkizovo group includes 9 poultry farms-full cycle 16 modern pig complexes, meat processing plants 8 and 9 feed mills and more than 287 thousand hectares of agricultural land. In 2018, the Group "Cherkizovo" has made about 1 million tons of meat products. The company's consolidated revenues in 2018 amounted to 102,6 billion. Among the brands of the group "Cherkizovo", Petelinka, Chicken Kingdom, "PAVA-PAVA". The advantage of the company is vertical integration, which connects every link in the agricultural chain, from grain production to production of finished products, ensuring product quality at all stages. www.cherkizovo.com