Friday, 14 February 2020
The Chairman of the Board of Rosselkhozbank and the Head of the Udmurt Republic have agreed to develop a partnership
In Moscow took place the working meeting of the Chairman of the Board of JSC "Rosselkhozbank" Boris Listov and Head of the Udmurt Republic Alexander Brechalov. The parties discussed the results of joint work and plans for development of agribusiness complex of the region, including support to farmers, the prospects of the program complex development of rural territories and strengthening export potential of the Republic. 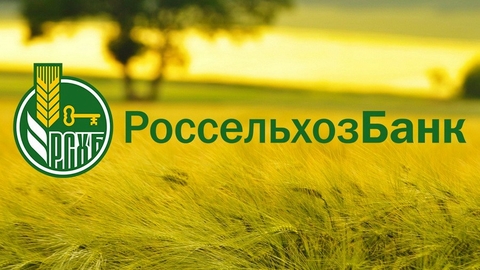 In 2019, especially rapidly developed in the Udmurt Republic the dairy farming sector, which has tripled the annual growth rate and has given the region 758,9 thousand tons, which is 57 thousand tons more than in 2018. The most intensive growth was led by agriculture, which increased milk yield by 22%.

"Rosselkhozbank and the Republic of Udmurtia long and fruitful cooperation. At the end of the year we see the concrete results of our work together. On the tables of citizens of the Republic increases every year the volume of what "made in Udmurtia". A particularly large contribution here is making the development of farmers ' movement. Farmers Udmurt Republic – media rich traditions and they have something to show not only Russia but also the world. New opportunities for residents of rural areas reveal preferential financial products for the village. Now the Bank accepts application for issue of preferential agricultural mortgage and consumer loans within the program of Complex development of rural territories. In Udmurtia, a third of the population lives in rural areas, and we see high interest of the regional administration in the implementation of this program," said Boris Leaves.

"Our cooperation with Rosselkhozbank allows businesses of Udmurtia to obtain credit on favorable terms. Just last year, 158 were concluded credit contracts for a total amount of 9 billion rubles. Thus we see the Bank's interest in a long-term partnership. I am sure that the program reduced rural mortgages, which are now of great interest to residents, will be successfully implemented. This is an important and popular measure of support for the villagers," – said Alexander Brechalov.

The head of Rosselkhozbank also noted the high export potential of agrarian and industrial complex of the Udmurt Republic, in particular, dairy products, and stressed the readiness of Rosselkhozbank to assist in its development, including Advisory support.

The Bank has all the necessary tools for the organization and management of foreign trade. Russian agricultural Bank gives to exporters of agricultural products a full range of opportunities to attract financing, structuring of foreign trade transactions, international payments, guarantees and letters of credit under foreign trade contracts.

Russian agricultural Bank is working in Udmurt Republic since 2001. During this time he invested in its economy over 117 billion rubles, including more than 88 billion rubles in its APK.