Friday, 14 February 2020
Zainsk sugar finished the season beet processing and is prepared to invest in private projects of more than 120 million roubles
Zainsk sugar finished the season of sugar beet processing. During operation, the Plant took more than 1.2 million tons of sugar beet and produced of 174.3 thousand tons of sugar by 14.8 thousand tons more than last season. The daily rate of processing when it reached 7.5 tons, while sales of 1.1 thousand tons. As reported by Deputy General Director of CJSC "agrosila" on issues of activity of JSC "Zainsk sugar" Anton Troshin, last season was handled 100% delivered to the plant beets. 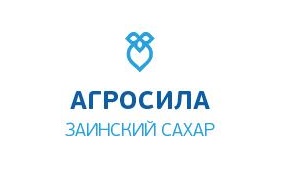 "The increase in volume of refining and production of sugar due to the large amount of harvesting of sugar beet. A lesser role was played by innovative programs that work on the grounds of Zainsk sugar. In particular, the industrial use of the system of active ventilation and cooling clamps. Innovative equipment allows to maintain optimum temperature and humidity inside kagata that reduces the rotting of roots, prevents overheating sugar beets, extends the storage time from 4 to 6 months, and also reduces the loss of sugar content. We continued to use the program barcode on each bag of sugar, which enables you to record in real time and to obtain information on volumes of production and movement of finished products," - said Anton Troshin. According to him, the company now also runs an analysis of work stations for dewatering sewage sludge, which was tested at the end of last year.

In 2020 Zainsk sugar plans to invest in their own projects 121,3 million roubles. Professionals will have to reconstruct the drying Department, to implement the project on construction of gas furnace systems and heaters heating boiler, as well as to upgrade production sites.