Tuesday, 18 February 2020
Superintensive gardens will appear in the East of Stavropol
Seven of the Eastern territories of the Stavropol region joined the programme of superintensive orchards type. The new gardens will appear in private farms (LPH) at the expense of the regional budget, for that the Treasury has put 80 million roubles, have informed IA REGNUM on February 17 in the Directorate of information policy of the regional government. 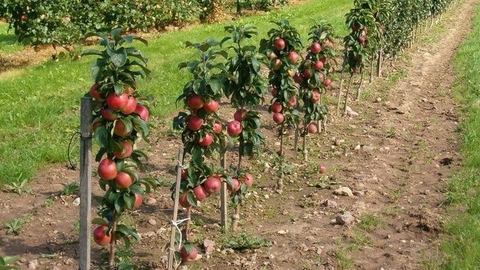 In the program of the state support establishing gardens, super intensive type in the Stavropol region this year includes the following municipal districts and counties: blagodarnenskogo, Budennovskiy, levokumskiy, Stepnovskoe, Turkmen, Neftekumsk and Soviet.

Orchards in smallholdings in these areas it is planned to make in the area of 20 ha. we are Talking about Apple, cherry and plum fruit crops. While state support continues to act in Nevinnomyssk, Alexander and Petrovsky areas.

Note that grant support smallholders by superintensive orchards is conducted in the region in 2018. For two years from the regional budget under the program were allocated 160 million roubles, the size of the grant is 95% of the costs of planting the garden, but no more than 400 thousand rubles. During this time, completed the work on the orchards in 396 LPH total area of 39.6 ha.