Monday, 16 March 2020
Volgograd oblast will increase the export of domestic corn, with the assistance of Rosselkhozbank
JSC "Rosselkhozbank" intends to expand the support of the farmers of the Volgograd region. This was stated by the Deputy Chairman of the Board of Rosselkhozbank Denis Konstantinov during his working trip to the region. During the visit, a meeting of the Chairman with the owner of LLC "Newbie" Vladimir Grebenkin. 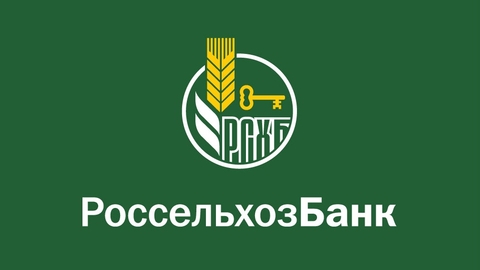 In 2019 APK Volgograd region showed good results. Gross harvest of grain and leguminous crops has reached 4.5 million tonnes (121% vs. 2018), growers for the third year in a row was able to grow 1 million tons of products. Oilseeds, was a record of almost 1.3 million tons. Developing livestock breeding. Volgograd livestock enterprises it is planned to make in the new year about 550 thousand tons of milk, more than 200 thousand tons of livestock and poultry, about 780 million eggs.

In the plans region by 2020 to ensure food security of the region for milk and meat, the formation of new export products.

"The success of the farmers of the Volgograd region is impressive. It is particularly important that AIC was able to show such good results despite the fact that the region is in a zone of risky agriculture. To fulfil their 2020 goals requires the creation of a balanced forage base, including land reclamation, in terms of livestock breeding is to continue to work with the science. Since 2001, the agricultural Bank has sent to the region's economy over 94 billion rubles, of which about 77 billion rubles – APK. We intend to strengthen the partnership in the future," said Denis Konstantinov.

In the Volgograd region Rosselkhozbank involved in the implementation of major investment project on construction of modern and high-tech enterprise for deep processing of grain with a capacity of 140 000 tonnes of maize in the farm Karasinski Alekseevsky district.The total investment in the project OOO "Newbie" will be more than 12.8 billion rubles.

Denis Konstantinov said that "the project implementation will allow to process large volumes of corn grown in the Volgograd region, to create about 300 jobs, and send much of the product for export". Oleg Grebenkin said that "the company will be able to compete in the domestic market Chinese and European suppliers, while the main focus will be on exports mainly to South America, Africa, Middle East".