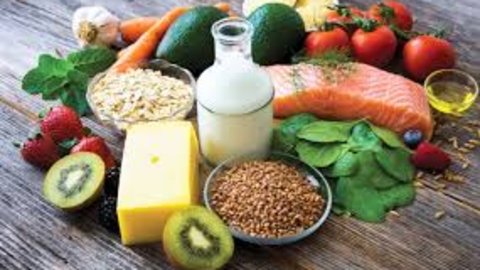 The Ministry indicates that Patrushev held a meeting on implementation of the plan of priority measures for the sustainable economic development and social stability in the deteriorating situation on global financial markets. The event was attended by the heads of regional agricultural administrative bodies and industry associations.

"In the office set up operational headquarters on control and monitoring of the situation in the food markets under the chairmanship of the first Deputy Jambulat hatuova Minister and the Deputy Minister Oksana LUT. Dmitry Patrushev has instructed the regions for two days to create similar bodies on a permanent basis to analyze the available amount of food and the prices in trading networks", — stated in the message.

"Entities must ensure that stocks of major categories of food not less than a two-month period, and also to study the possibility for substantial increases in agricultural output in a short time," adds the Ministry.

The situation on food market of Russia is currently stable, says the Ministry of agriculture of the Russian Federation.

"As the Minister said, at present the situation on food market of Russia are stable, and in front of the Ministry of agriculture is tasked to coordinate efforts at the Federal and regional level to maintain stability of the industry in terms of volatility in the global financial market. In this regard, the Ministry has developed and submitted for consideration to the government a number of additional measures of state support of farmers", — stated in the message.

The agribusiness management bodies in Russian regions reported the absence of significant price fluctuations on products in the commercial segment.

"During the meeting the participants discussed the situation with the prices and food stocks in the regions. The heads of the regional agricultural agencies confirmed the lack of significant price fluctuations in the commercial segment, including such important goods like pasta, canned food and cereals", — stated in the message.