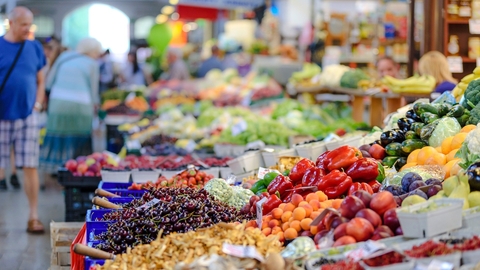 "In my opinion, the zero rates of duties on vegetables is impractical. It will not change the situation on the market in a better way, but will only give additional preference to suppliers of imported vegetables," explained Sitnikov.

According to him, the state program of support of the protected ground, allowed to significantly increase the volume of vegetables production in Russia. According to operative data of management of agriculture, as of 17 Mar harvest greenhouse cucumbers is 142 thousand tons, which is 42% higher than last year, tomatoes - the 52.5 million tonnes (17.7% increase), herbaceous crops - 3.9 thousand tons (39.2% more).

The head of the Association said that domestic producers the effects of zero tariffs for imported products will be disastrous.

"Fall in sales of the Russian vegetables, most of the plants that are in the investment phase, will not be able to timely return to attract investment. Also shaken the financial system and the banks that lent to the intensive development of our greenhouse industry will suffer losses," - says the President of the Association.

In addition, Sitnikov noted that currently greenhouse producers are in difficult conditions, since they remain dependent on trade networks. In particular, we are talking about the labelling of vegetable products.

"They all have their own marking, so if the network for some reason does not accept the manufacturer of the goods, it is necessary to send to the production and parametervalue. It takes a lot of time and entails additional financial costs. The result is sometimes exhibited on the shelves already not fresh vegetable products. In this regard, it is necessary to introduce a unified marking system is common for all the networks," said Sitnikov.