Tuesday, 31 March 2020
From March 30 Russia temporarily closes border
The Prime Minister of Russia Mikhail Mishustin signed the decree of the RF government on temporary restriction of movement across the state border of Russia. 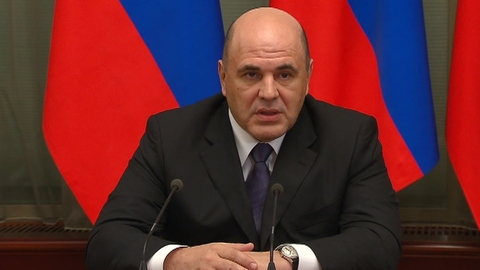 These restrictions, according to the document, will not apply to diplomats and equivalent officials, as well as the Russians who are the truck drivers of the international awesoomee, members of crews of river vessels, teams of international railway communication. Also the restrictions do not fall, members of official delegations, couriers and diplomatic relations courier service, with appropriate supporting documents.

Also it will not affect citizens in the event of departure from the Russian Federation in connection with the death of a close relative (must be a copy of the certificate or death certificate and the document confirming the degree of kinship). Another exception are citizens of the Russian Federation living in the Kaliningrad region and transit to mainland Russia or the back (the passport must be the mark of registration in the Kaliningrad region).

In addition, an exception is made for Russians residing on the territory of certain districts of Donetsk and Lugansk regions of Ukraine (in the presence of the passport of the citizen of the Russian Federation).

Restrictions do not apply to foreigners falling under the category of depravation, international carriers, and the diplomatic couriers, etc.

The CPS is mandated to provide sanitary-quarantine control at entry in the Russian Federation all persons who are allowed to cross the border of Russia and Executive authorities on whose territory you will find these checkpoints to carry out explanatory work among the population.

Последние новости
15:03 KOMZ-Export has released a new disc cultivator
14:05 "Interfax": the Ministry of Finance did not recognize APK the victims of the coronavirus
13:02 Weekly review of the oil market from June 1
12:33 Fish farming
12:08 The government approved the program of subsidizing of leasing of specialized equipment
11:00 BayArena will be held in digital format
10:02 Farmers exceeded the plan of sowing of spring wheat and corn
09:09 What equipment is not enough Russian grain producers?
08:06 Weekly market review pork and poultry meat for 21 weeks
17:01 Government grants help develop the whole sector of organic matter
16:04 Leading experts in the field of agriculture have confirmed their participation in "Agroexposiberia", the organizers are stepping up the training
15:07 Priority Breeding and seed center
14:06 Fishering Service, Hampidjan and Tufropes confirmed their participation in the IV Global Forum Fishery & Seafood Expo Russia
13:01 AGCO-RM set tractors Massey Ferguson® KFKH "Russian field"
12:04 Completed construction of the largest Elevator in the Tula region
All news