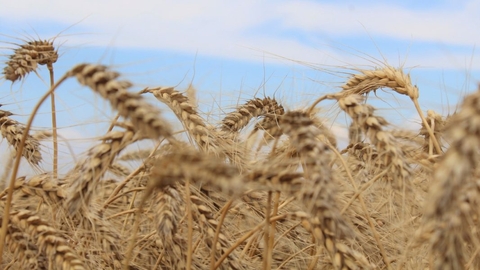 As reported "Interfax" the head of the center Igor Pavensky, in January-February it was exported 3.7 mln tonnes of wheat, 1.1 million tonnes less than in the same period last year.

Stocks of wheat in the South (southern and North Caucasus Federal district) amounted to 4,851 million tons, 22.7% more than on March 1, 2019. "Farmers tried to restrain sales, keeping the inventory because of the decline in export prices in February 2020, after the January growth. As a result, the wheat stocks at agricultural enterprises, compared to 1 March 2019 rose by 48.1%, while the increase in inventory at the processing and procurement enterprises by 6%," - said the Pavensky.

Stocks of wheat in the center also increased, but not as much as in the South. Here the increase amounted to 11%, to 4,091 million tons. On February 1, the growth rate was almost two times lower than in March, and 6.1%.

Total stocks of wheat in Russia on March 1 (excluding small businesses) amounted to 16 million 665 thousand tons, which is 1.1% higher than in 2019. At the same time they are 10.8% below the average over the past five years (18 million 670 thousand tons), noted in the analytical center. A month ago, on February 1, 2020, the stocks of wheat in Russia were lower than last year by 1.4%.

As stated Pavensky, reserves growth and export prices contributed to increase in wheat exports in March to 3 million tonnes from 2 million tonnes a year earlier. "Currently, there is a tendency of declining export prices, against the background of strengthening of the ruble could stabilise domestic wheat prices, which are actively growing from mid-March," - said the head of the center.

Последние новости
14:05 The rate of growth of prices for sunflower oil has slowed
13:00 JSC Federal freight has increased the volume of transportation of food products by 35%
12:01 Russia: Spring grain crops in the whole country planted on an area of 24.4 million hectares, or 83.7% of
11:08 Weighing sweets confectionaries?
11:07 "Organic farming requires not only compliance but also everyday approach and care"
10:48 Truck scales for PMK SPP
10:09 Sugar production may fall 25%
09:04 Released a new Russian grain
08:01 For 4 months 2020 Rosselkhozbank provided the farmers 520 billion rubles
22:15 "Baltic leasing" continues to accept applications for the conditions of the programs of the Ministry of industry and trade of the Russian Federation
17:03 Vegetable crisis: the greenhouse sector is at risk of bankruptcy
16:49 GC "Yug Rusi" tender: "Supply REC.parts for repair of combines, OOO "KZ "Rostselmash" in 2020" for the needs of LLC "Agrosoyuz Yug Rusi" and its branches.
16:48 GC "Yug Rusi" tender: "Repairs interior and exterior surface of the brick of the chimney H=78,84 M., CHP" for the needs of JSC "SWC "Krasnodar"
16:01 Despite the outbreak of a pandemic, the fishing industry has not suspended its activities
15:08 AGROSILA completed sowing of spring crops on the area of 135 thousand hectares
All news