Tuesday, 14 April 2020
The company will deliver to Krasnoyarsk Krai batch of powerful tractors in agreement with the authorities of the region
Deputy Prime Minister of the Krasnoyarsk Krai Government – Minister of agriculture and trade of the Krai Leonid Shorokhov and the commercial Director of Rostselmash (included in the Association "Rosspetsmash") Alexey Shvetsov signed a cooperation agreement to ensure the region's farmers with tractors two thousand series. 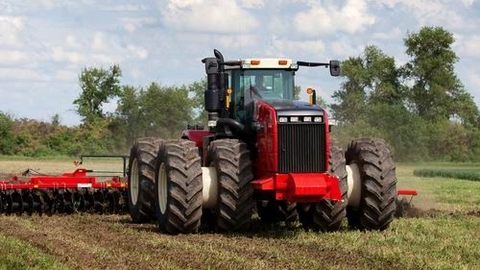 From may 1 until the end of the year in the region will be supplied 25 tractors series 2000 (model 2375 and 2400). According to Leonid shorohova, these models are very popular in the village, as is proven as a highly efficient and reliable equipment.

"Technology will be provided with a discount up to 10% of the value determined for this year according to the decree of the government of the Russian Federation No. 1432. In the "program 1432" approved the mechanism for subsidizing the agricultural producers, which allows us to provide a 10 percent discount on the purchase of agricultural machinery," — said Leonid Shorohov.