Friday, 24 April 2020
870 million rubles invested APH "ECO-culture" in the new Distribution centre in Lipetsk region
APH "ECO-culture" has opened a Distribution center of 10,000 m2 in the greenhouse complex "fruits of the earth", located in the village of Bochinovka Lipetsk region. Production capacity of the new RTS worth 870 million rubles is 70 thousand tonnes of vegetables a year. This project is to provide the region with new jobs, was implemented with the support of Rosselkhozbank. 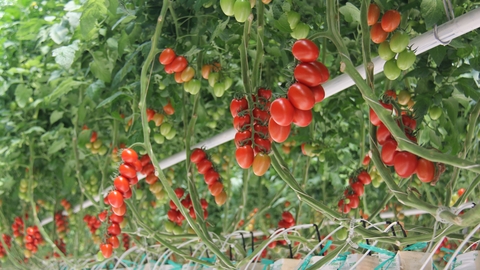 The total cost of the Distribution center amounted to 870 million rubles, of which 343 million was spent on the construction of the facility, and 526 million rubles — for the purchase of modern equipment in the framework of the first stage equipment. This will allow you to achieve the highest level of processing and packaging of finished products.

The opening of a new Distribution center was made possible thanks to a loan from Rosselkhozbank in the amount of 696 million rubles, which provided 80% financing for the new project.

— New Distribution center will become an important part of the agroindustrial complex in the Lipetsk region. We are pleased that with the help of Rosselkhozbank managed to implement the project, which will give the opportunity in abundance to supply our customers fresh vegetables all year round, — said the President of APH "ECO-culture" Alexander Rudakov.

The opening of the new Distribution center will allow to reduce logistical shoulder between the greenhouse complex "fruits of the earth" — key greenhouse project in Lipetsk region and also the end consumers. On the territory of the region passes through several highways of Federal value, so such a convenient location of the warehouse will allow in the shortest terms to provide a Central region of the country fresh vegetables.

Distribution center in the Lipetsk region will provide 300 new jobs for residents of the region even in times of a pandemic.

The production capacity of the holding currently amounts to more than 230 hectares of high tech greenhouses (Stavropol Krai, Leningrad, Tula and Lipetsk region).

In 2020 it is planned to expand production by commissioning new production areas in the Stavropol region, Tula, Lipetsk, Voronezh, Moscow regions. In 2023 square greenhouses of the agricultural holding "ECO-culture" for the production of vegetables in Russia, Kazakhstan, and Uzbekistan will exceed 663 hectares of high tech greenhouses, and the annual volume of production will exceed 400 thousand tons.