Wednesday, 17 June 2020
Dmitry Patrushev: the forecast values for the sowing done by most measures
The Minister of agriculture Dmitry Patrushev has held a meeting of operational headquarters for monitoring the situation of socially significant agricultural products and food. During the event, with the participation of representatives of Federal Executive authorities, regional agricultural administrative bodies, and industry unions and the largest banks were considered actual issues of functioning of agroindustrial complex and ensure the stability of the Russian food market. 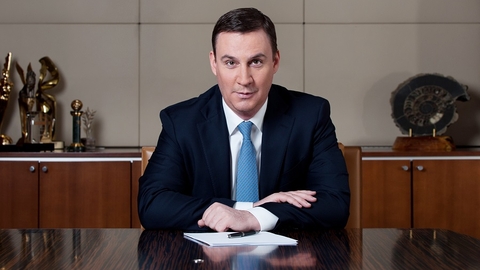 As noted by Dmitry Patrushev, despite the difficulties faced in the first half, most of the indicators predicted values for planting are made, and 22 subjects even exceeded. Currently sown in most parts of Russia is at the final stage. In the whole country planted about 97% of the forecast area is more than 50 million hectares of spring crops. In the South and North Caucasus have launched the harvesting campaign.

The Minister thanked the Russian farmers for their conscientious and selfless work, and the regional agricultural administrative bodies – for the professionalism shown in difficult conditions, when decisions had to be taken instantly to avoid crashes and delays during the planting season.

However, the overall positive background are observed and certain risks during the event were considered in detail issues related to the difficult weather conditions in some regions and Njegoseva some territories. In addition, the topics of the meeting was updating of Park of agricultural machinery, including through the demand of the program of preferential leasing, and the implementation of the mechanism of preferential crediting. On June 15, the Ministry of agriculture approved the application for short-term loans totaling 295,3 bln rubles, on investment loans – 143,8 billion. While short-term loans on 180,2 billion rubles, which is 41% higher than at the same date in 2019. Regional representatives reported on the pace of granting preferential loans to farmers.

Speaking about the support of small farms, Dmitry Patrushev noted that regional mechanisms should be aimed at methodological support, assistance in the purchase of commercial equipment and technology, the development of non-stationary and mobile trade. However, the main measures of support should promote the development of markets for small and medium agribusiness. Minister of agriculture urged the actors to perform the experience of colleagues and to replicate the most appropriate tools. We also addressed a number of regional initiatives to support the implementation of products, both on traditional and on new platforms.