Wednesday, 24 June 2020
A number of cereal plants stopped work
This year, many companies are forced to go on "vacation" earlier than usual due to saturation of the market 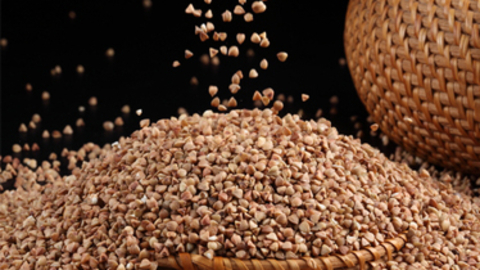 Due to the fall in prices for cereals in connection with sluggish demand and market saturation part of the cereal plants have suspended production. Some of them plan to resume the production of cereals only after the receipt of the raw material of new crop, reports "Interfax" with reference to Deputy Director of the Institute for agricultural market studies (IKAR) Irina Glazunov.

The groats traditionally stop for scheduled maintenance before the start of the massive influx of cereals and cereal agricultures regular harvest for processing. "But this year, some enterprises were forced to suspend production, commented Glazunov's "the Agroinvestor". — Nevertheless, most of them in the previous few months have gained significant amounts of cereals, which can prodati before the start of a new grain season".

According to the monitoring of the analytical company "Prozerno", now increasingly cheaper buckwheat: last week, she has lost 5.5 thousand rubles and is now worth 47 thousand RUB/t. the Average wholesale price of buckwheat in June 2019 was 21.4 thousand rubles per ton, in may this year — 59,1 thousand rbl./t Wheat for the week fell by 3.5 thousand to 23.7 thousand RUB./t. In June last year, the average price was at the level of 52 thousand RUB./t in may — 32,7 thousand RUB/t. the price of rice declined by 2.3 thousand to 39 thousand RUB/t. In June 2019, a ton of rice cost 42,7 thousand rbl., in may of this year — 43.5 thousand rubles, Interfax reports. The General Director of "Prozerno" Vladimir Petrichenko believes that the current price decline is not a collapse, but a return to the "dophamine" normal. The current prices are much higher than they were early in the season and are not disastrously low, he adds, stressing that the growth of demand in the summer should not wait.

Petrichenko previously assumed that the harvest of buckwheat in this year will amount to 900 thousand tons, but now he believes this forecast is too optimistic, but the gathering is unlikely to be less than last year's result, to 786 thousand tons "By millet was the expectation of 500 thousand tonnes, down from 440 thousand tons in the past year, but is likely to be the growth forecasts. Harvest of rice, like last season, should be 1.1 million tons", — told the "Agroinvestor" Petrichenko.

Earlier, the agriculture Ministry reported that this year it is planned to expand crops under cereal crop species. So, rice had to sow 197.4 thousand hectares as against 194 thousand hectares last year, buckwheat — on 858,2 thousand hectares against 806,6 thousand ha, oats — by 2.62 million hectares as against 2.61 million ha. Glazunov said that the size of the crop, weather conditions and other factors will affect the purchase price of agricultural crops of the new harvest. So, the area under buckwheat may be less than expected. Another negative factor is the drought in some areas of the Altai territory, which is the largest producer of this crop. "For rice, the decline in production can affect the lack of provision of crops with water due to its scarcity in the lower reaches of the Kuban river. However, while making projections of production and prices prematurely. SEV has just ended," — says Glazunov.

The Ministry of agriculture yesterday reported that there are certain risks to rice crop. In particular, when good germination it is possible to receive a crop in rice checks in the event of a further reduction of the Kuban basin water management the volume of water supply for reclamation purposes. It is also concerned about maintaining a constant water layer in rice systems prevailing in the South climatic conditions and elevated temperatures. In the Altai 28 districts confirmed a critical decline in the yield of crops on an area of over 516 thousand hectares of the 3 million hectares affected by the drought.