Friday, 26 June 2020
The Ministry of agriculture: agrigaspolymer for 2019 made
This year the Agency expects an increase in livestock through milk and meat 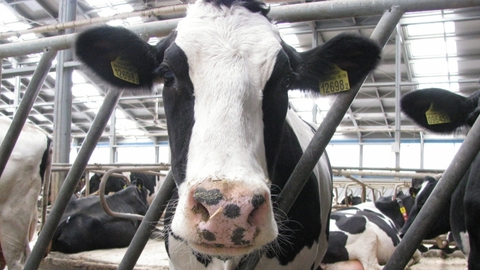 During the meeting, Minister of agriculture Dmitry Patrushev reported on the implementation of the state program of development of agriculture at the end of last year. Three of the five main objectives — the production index of agricultural products, the export growth of agriculture, increase the level of disposable resources of households — achieved. On two (produced value added and the index of physical volume of investments in fixed capital) final statistics will be generated until the end of 2021. "According to forecasts of the Ministry of agriculture when Rosstat will present the final information, these goals can also be fulfilled," — said the head of agroiconota.

The index of agricultural production in all farms relative to the base 2017 to 2019 amounted to 103.8%, exceeding the planned target by 1 percentage point. including the sector of crop production grew by 4.5%, which is 2.2% above the plan, the livestock grew by 2.7% is 0.8% less than expected. This year, the Ministry of agriculture expects an increase in livestock through milk and meat, Patrushev said, adding that the data for five months confirm this. According to Rosstat, in January-may the production of livestock and poultry for slaughter rose by 3.2%, milk — by 4%.

Also last year, 4.1% was exceeded plan to increase food production. "Note the increase including items such as meat products, pasta, pastries. Would like to say that sunflower oil in 2019 produced 5.3 million tons, or almost 15% more than in the base year. And cheese — 524 thousand tons, which is almost 13% higher than in 2017," — said the Minister.

Due to the positive dynamics in industry was achieved most of the indicators of food security Doctrine, Patrushev said, also noting the importance of the fact that agriculture has changed the development paradigm from import substitution to increased exports. Plan for deliveries abroad of agricultural products and food in the past year managed to surpass the 7.3%: agroeksport increased by 18.4% to $25.6 billion Earlier audit chamber notedthat in 2019, with a total exceeding 6.25% of the plan in terms of export of agricultural products was a "substantial failure" indicator in the export of meat and dairy products: supplies amounted to $0,87 billion, which is 23.7% below the plan.

The third objective — increase the level of disposable resources of households in rural areas. "On average, one household member per month the figure exceeded 20 thousand. This is higher than the target of 6.5%," — said Patrushev. According to him, increasing the attractiveness of the Russian countryside and the rural way of life remains an important goal, and it cannot be solved without growth, welfare and development of rural infrastructure.

In the past year on implementation of the state program of development of agriculture has been allocated 318 billion rubles, mastered 97,9%, the Minister said. The audit chamber last year showed the work of the Ministry and its subordinate Federal Agency for fishery and the Rosselkhoznadzor violations in the execution of the Federal budget on 900,7 million rubles, They were associated with inter-budget transfers, the cost of paying interest to the Bank when granting subsidies from the Federal budget, "United grain company" to conduct purchasing and commodity interventions etc. Also "news" with reference to the report of the Ministry of economic development on the progress of implementation and evaluating the effectiveness of state programs by the end of 2019 wrote that agrigaspolymer was one of the least effective.

Due to the current socio-economic situation in the pandemic coronavirus infection — reduction of incomes of the population, the restrictive measures taken by other countries, as well as the cost of the means of production — Ministry of agriculture intends to adjust the planned values of the index of production of agricultural products by 2025. So, by 2025, the industry will have to grow by 13.9% relative to 2017, including this year it is expected to increase agricultural production by 2.8% instead of plus of 15.1% and 3.8% listed in the current edition of the state program.

In the medium term, the key development milestones of the industry that will enable it to reach a new qualitative level, will be the digitalization of agriculture, increase of technological level through advances in breeding and genetics, inclusion of lands in agricultural rotation, as well as improving their fertility and rational use, listed in the government meeting Patrushev.