Friday, 26 June 2020
The deputies proposed to recycle expired products in feed and fertilizer
Earlier, a similar idea has already been expressed, however, raised questions about technological and legislative viewpoints 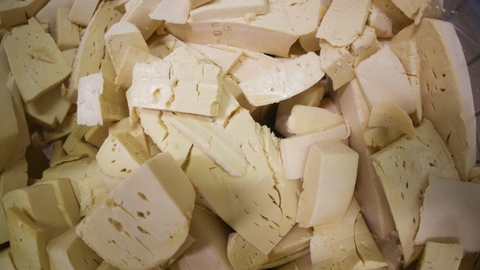 State Duma deputies have developed a bill that proposes to establish the possibility of finding in circulation low-quality and dangerous food products that can be recycled, including fertilizer and animal feed. The document sent to relevant ministries for official opinions, reports RIA "Novosti" with reference to the head of the Duma Committee on ecology and environmental protection Vladimir Burmatov. The document proposes to give to the right organizations for the recyclers to bear the expenses on examination, storage, transportation, disposal or destruction of poor-quality food. This avoids circulation of substandard and dangerous food products for eating people.

Under existing regulations, poor quality and dangerous food products and waste, including expired, must be either disposed of on the landfill of municipal solid waste (MSW), or discarded. "Such food waste are very valuable and useful resource for the production of animal feed, fertilizers, biogas, which also reduces the cost of new products for the consumer. But not always, these resources can be used effectively, their loss is now reaching huge proportions," the document says (quoted by TASS).

According to the authors of the bill, in the year of the participants of the retail companies Association (ACORT) is formed more than 700 thousand tons of such products. While retailers have no incentive to engage in recycling, as it requires expertise, and is also associated with "significant financial and time costs". As a result, "late" often turns out to be in landfills and decomposes there, than causes serious harm to the environment, increasing emissions of methane into the atmosphere, increasing the risk of fires. "Recycling is almost zero. We propose to give the right processors to carry out the inspection of food, and now it should do the sellers, and recycle “delay” in the feed. This practice already exists in many countries and has proven itself," adds Burmatov (quoted by RIA "Novosti").

Earlier, the idea to recycle food waste into feed in Russia was exaggerated in the example of one of the world leaders in food production. However, it caused issues with technological and legislative viewpoints. Then livestock do not exclude the possibility of processing, but drew attention to difficulties: firstly, you need to separate different ingredients that are present in the overdue product. Second, the issue of packaging. "Livestock will not break each package of the product either before intermediate processing, or before the feeding of cattle. That is, you need to understand how pre-either to separate, or to some intermediate processing, separating one from the other," commented "the Agroinvestor" Executive Director of the National aft Union Sergey Mikhnyuk.

Processing of expired products should meet the interests and requirements of the livestock. Innovation, if approved, may find a response among pork producers, but the companies that specializiruetsya in the production of pet food, are unlikely to support the idea to include their products, expired products, said Director General of the Association of feed producers EEU Vladimir Manaenkov. "It's a matter of choice for breeders. They can not impose the use of “delay”, but you need to give interesting suggestions <...>. Recycling needs to be cost competitive with other sources of raw material to interested breeders" — he said "the Agroinvestor".

The waste recyclers in the feed to face several problems, according to Manaenkov. First is safety, because even that is harmless to humans, is not always helpful to animals. "Definitely there will be questions from the Rosselkhoznadzor: how such products are safe. That is, if the idea to develop, it is necessary to approach very seriously, because we need certain competencies, otherwise they, as Amateurs, to deal only with the problems and limitations," he says. To the processed products were in animal feed, you need to pass a long and difficult path, he concludes.