Monday, 06 July 2020
Russia is not facing a significant price increase for food products
Some categories of products may become cheaper 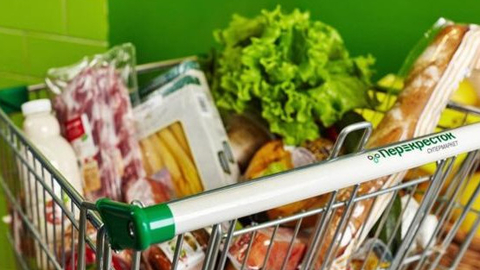 Food and agriculture organization (FAO) reported that in June, world prices for food commodities rose for the first time since the beginning of the year. The reason was the resumption of growth of quotations of vegetable oils, sugar and dairy products. However, experts believe that the rise in price of food in the near future is unlikely to affect Russia.

The CEO of the Institute for agricultural market studies (IKAR) Dmitry Rylko said that our country will be a decline in prices for meat and dairy products, fruits and vegetables. This can negatively affect the state farmers, he said "the Agroinvestor". According to the Center for economic forecasting of Gazprombank, in the coming months inflation will remain below the target level of 4%, which is determined by the Central Bank of Russia — in summer and autumn it will be in the range of 3.2-3.5 percent. "Historically, this level of growth is quite low for Russia", — commented,"the Agroinvestor" head of the center for Daria Snitko.

She also recalled that the FAO food price index structure does not reflect neither the average nor the more Russian food picture. According to Snitko, mostly index was observed in the spring of 2020 due to the sudden and severe collapse in prices for corn and soybeans, which are correlated with industrial demand for biofuels and not food. Also the FAO index is based on stock prices and benchmarks of regions-exporters, therefore, food inflation in the countries does not reflect, the expert emphasizes.

The dynamics of world food prices in June is hardly a growth, rather, it is a small wager after falling in the first five months of 2020, says a senior Manager of the group providing services to agricultural enterprises, EY Maxim Nikitochkina. At the same time world prices for almost all categories of agricultural products are now at levels not higher than June 2019. The essential prerequisites to their significant growth at the moment: consumer demand has decreased due to the coronavirus pandemic, views of the world's crop is good, he adds.

"So I do not expect prices to rise in the near future for food in Russia. Of course, there may be some speculative phenomena (e.g., very good weather, the growth of demand for meat for the grill season) or climatic (severe drought or heavy rains, which will drastically reduce the harvest of any niche culture)," commented "the Agroinvestor" Nikitochkina.

According to Rosstat, consumer prices for the week from 23 to 29 June was 0.01% vs. 0.1% a week earlier. The Department reports that during the reporting period rose significantly chicken by 0.6%. While in seven regions the increase amounted to 2%, and in Lipetsk and Kirov regions is 2.7%. According to Rylko, if you look at the dynamics, we chicken some time decreased in price, but now, thanks to a gradual resumption of catering and barbecue season, the price began to rise.

In addition, according to Rosstat, the growth of prices for fruit and vegetables on average amounted to 1.4%, including potatoes rose by 3,9%, potatoes — by 3.2%. At the same time, tomatoes and onions became cheaper by 3.3%, cucumbers — by 2.2%. New potatoes are just starting to arrive on store shelves, with an associated increase in prices, Rylko explains.

According to Nikitochkina, quite a significant increase in the prices of apples and potatoes is due to their seasonality: and apples, and potatoes retain their consumer properties for over eight to nine months only if you are using special modern storage facilities. But they in Russia are relatively small, so by the end of spring-early summer, most of last year's crop loses its consumer quality and the market appears a large proportion of imports, which leads to an increase in average prices. Since August-September, when Russia harvested main crops of potatoes and apples, the prices of these products decline, he concludes.