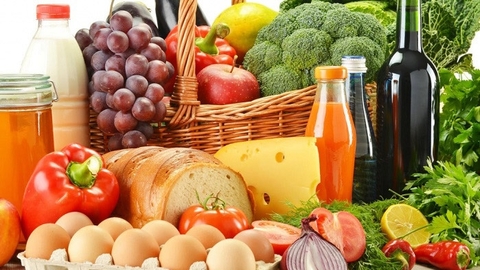 Relative to the base 2017 the industry will grow by 4.8% against the target of 3.8%. Including crop, is expected to add 1.9% to the previous year, animal — 1,5%. Under favorable economic and weather conditions forecast figures may be higher, specified in the document.

According to the forecast of the Ministry, gross harvest of grain and leguminous crops this year will amount to 121,9 million tonnes, which is 0.6% more than in 2019 In mid-June, the Ministry of agriculture has raised its estimate of the crop at 120 million tonnes to 122,5 million t. the Gross yield of sunflower seeds will decline by 7.1% to 14.3 million tonnes, vegetables — will remain at last year's level and amount to 14.1 million tonnes for potatoes, the Agency forecasts an increase of 0.5% to 22.2 million tonnes.

The harvest of sugar beet will fall by 22% to 42.3 million tons, in particular, will affect the decrease of its crops with more than 1.1 million hectares approximately 932 hectares. the decrease of production and increase sugar exports due to low domestic prices will allow the second half of the year 2020 to stabilize the economic indicators in the sugar beet subcomplex, calculates the Ministry.

The gross milk yield in all farms while maintaining livestock and productivity of cattle this year may increase by 1.4% to 31.8 mln t. However, the decrease in incomes and reduction in consumer demand would adversely affect the state of the dairy industry, said agrowest. Director General of the National Union of milk producers ("Soyuzmoloko") Artem Belov said earlier "the Agroinvestor", that this year the seasonal decline in purchase prices for milk may be stronger than usual on the background of falling demand on dairy products and sustained growth of production of raw materials.

Pork production this year could add 4-5%, poultry — by 1.5-2%, beef 1.5%, compared to imports of all meats will continue to decline, it follows from Accolade. The Ministry expects that due to the decrease of prices for pork and poultry the average for the year will decrease by 5-10% for beef will depend on the volume of import. In the case of growth of wholesale prices will decline, which will make feasible the industry's investment does not pay off. The increase in meat export will stabilize domestic prices, but the expansion of supplies can prevent the tightening of competitive conditions in foreign markets, as well as a significant drop in prices in some countries due to decline in demand in certain sales channels, which is associated with a pandemic COVID-19. To stimulate domestic demand for meat, according to the Ministry of agriculture, will be measures of social support of the population.

However, Gravedust sees risks for financial stability of the enterprises of the meat industry, which is associated with the expected decrease in profitability. The cost will increase on average by 15-25% due to the growth of prices for feed grain, feed ingredients, amino acids, vitamins, premixes, veterinary drugs and disinfectants, which are supplied from abroad, or their value is tied to the dollar.

Earlier, the Ministry of agriculture has published a draft government resolution on introducing amendments into the state program of agricultural development up to 2025. Adjustment of the planned values of the index of production of agriculture needed because of the reduction of incomes of the population, the restrictive measures taken by other countries due to the spread of the coronavirus, as well as the cost of the means of production. So, by 2025, the industry will have to grow by 13.9% relative to 2017, including this year it is expected to increase agricultural production by 2.8%.