Monday, 06 July 2020
Prices for sunflower oil continue to grow. In the near future the price of oil and the sunflower will remain at a consistently high level
According to the portal OilWorld, last week the sunflower oil in Russia grew on average in the procurement by 411 rubles/ton the strongest growth was recorded in the Krasnodar territory and Tambov region — plus 1 to 52.2 thousand RUB thousand RUB/t and 52,3 thousand rbl./t, respectively. 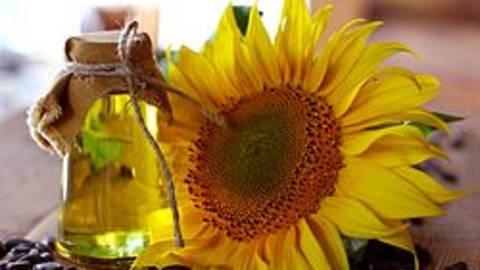 The price of oil rise since March this year in connection with growth of export quotations on the background of the devaluation of the ruble. The main driver of increased cost was made by the Turkey, which was forced to switch to purchases of sunflower oil after the closure of the export of sunflower seeds from Russia, says a leading analyst at the Institute for agricultural market studies (IKAR) Vadim Semikin. Since the beginning of April, the average price in Russia per ton of oil increased from 50 to 56 thousand RUB thousand RUB (including VAT), the current level of oil prices 30% higher than last year.

However, in June the rate of price increases decreased. The growth of the sector of sunflower oil, in turn, directly affected the market for raw materials. "The high demand of processors for sunflower seeds in April and may led to his rise from 23 thousand rubles/ton in early April to 28 thousand rbl./t at the end of June (including VAT) in Russia on average. Current price is 35% higher than a year ago," adds Semikin.

Previously food and agriculture organization (FAO) reported that in June, the international prices of food commodities increased for the first time since the beginning of the year as a result of the resumption of growth of quotations. The most significant increase showed of vegetable oil: the FAO food price index has increased by 11.3% after falling for four consecutive months. According to analysts of the organization, the growth of prices, primarily due to rising prices of palm oil in connection with the recovery in world import demand and reduced concerns over the possible reduction of production. Also increased the price quotation for soybean, sunflower and rapeseed oil.

Despite a record crop at 15.4 million tonnes, due to a very high volume of export and processing at oil, residues of sunflower are very low, Semikin says. Rising prices for oilseeds have already stopped, most enterprises have completed the active phase of procurement. But due to shortage of raw materials and the high price of oil until the end of the season, a significant reduction in purchase prices is not expected, he commented "the Agroinvestor".

The General Director of the analytical company "Prozerno" Vladimir Petrichenko also said that the active growth of prices is halted, and soon their reduction or significant growth can be expected. Among the reasons is the rise in oil prices, a good demand for sunflower meal and a relatively small number of raw materials.

From July 1 to the EAEU operates a special licensing regime for export of sunflower outside of the Union. He replaced the export ban, in force until 30 June, and will last until 31 August 2020. The regime provides for the submission to the customs authority of the state authorization document for importation, exportation and transit of goods. To issue documents will be authorized by the authority. According to industry analysts, it is not clear how this mode works. So, Semikin says that even while market players do not understand how the mechanism who to contact for obtaining permits. But the chance to take out the sunflower, of course, he adds. "A strange story with a special export regime is still absolutely unclear", — said the "Agroinvestor" Petrichenko.