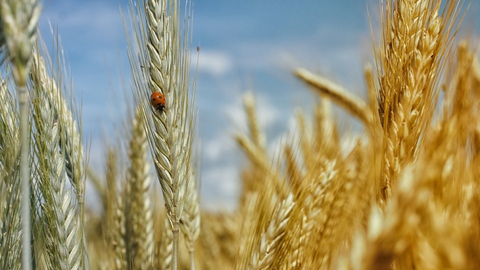 "The Union works correctly. The sentence is correct, but to formulate this Fund is not necessary", - has declared "to Interfax" the first Deputy Minister of agriculture of Russia Dzhambulat Hatuov.

According to him, on behalf of the Minister of the Union of exporters presented for discussion of experts. "Today, the flexibility to respond to market challenges is very high, so will the need – let us create," he said.

As noted by the house, the forecasts of balances of grains in the regions are positive, "so the problems with milling parties in the Russian Federation can not be". "They have decades not, and never will", he concluded.

As reported, at the meeting with the President of the Russian Federation in may this year, the Chairman of the Union of grain exporters Eduard Zernin suggested on the basis of the intervention Fund to create a Fund of food grains to ensure mills.

According to him, we are talking about the reboot of the Fund. "It is necessary to slightly modify the regulatory framework by narrowing the range of grain buyers, and to lay the Foundation grain to milling qualities," he explained later, "Interfax".

Intervention Fund exists for carrying out of commodity and purchasing interventions on the grain market. Currently, there are commodity interventions – the government sells grain from the Fund.

Commodity (selling grain from the state intervention Fund) and procurement (purchase of government grain) interventions operating in Russia since 2001. It is aimed at the stabilization of prices on the grain market and support agricultural producers. With the dramatic increase in prices the government sells grain from state Fund and thereby stops its rise in price, when prices fall, – removes the "excess" grain from the market in order to stop its depreciation.

The state agent for the disposal of grain from the intervention Fund is a "United grain company" (UGC).