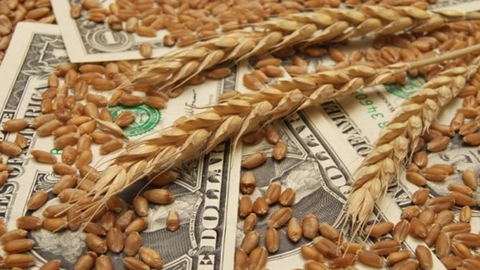 "In order to execute individual instructions of the government of the Russian Federation Ministry of industry and trade of Russia together with other participants of the national project, and also heads of Federal projects included in its composition, now developing proposals to amend national project, including its achievements and activities, taking into account the implications of the spread of coronavirus infection. The draft amendments to be approved at the next meeting of the Presidium of the presidential Council of the Russian Federation for strategic development and national projects", - said in the Ministry, without specifying the date of the meeting.

While the Ministry reminded that in pandemic decision support for exporters has previously taken. In particular, modernized tools, which are included in the national project. Reviewed two key tools: the transport subsidy (to compensate for the part of logistics costs of exporting) and the mechanism of the corporate program of increasing the competitiveness (cppc, save for the exporter of the conditions of work and opens up access to subsidies in exchange for the performance prescribed in the contract of export plans).

Both instruments will be excluded the liability of the exporter for the non in 2020 "targets of impact". So, if before the agreement envisaged that the exporter must send a certain amount of product now, it will represent the supply of goods for export.

In the mechanism of cppb will be able to receive subsidies on the insurance of export credits, and subsidies for interest at a rate of 3% per annum without the conclusion of agreements on the implementation of the cppb.

"Finalized the mechanism of preferential crediting performed by the "Eximbank of Russia", - added in Ministry, it will include new support tools. Earlier in the Russian export center (REC, operator of measures to support exporters) portal "Future of Russia" said that they would prefer to preserve the national project in accounting for its update.

"In a separate Federal projects, many activities have already been implemented, but the potential for additional export growth persists," - said General Director of REC Veronika Nikishina.