Wednesday, 08 July 2020
What factors affect the development of agricultural machinery in Russia
President of the Association "Rosspetsmash" Konstantin Babkin spoke at the session "import Substitution and localization: crisis as driver of the engineering industry", which took place July 7 in the framework of the International industrial INNOPROM Marathon Online. 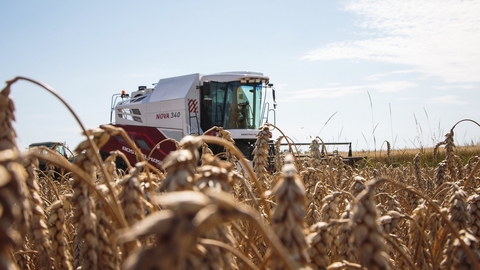 The event was attended by Deputy Minister of industry and trade of the Russian Federation Alexander Morozov, the President of Fund "SKOLKOVO" Arkady Dvorkovich, the President of "GAZ Group", Vadim Sorokin, Director of the St. Petersburg tractor plant Sergey Serebryakov.

The experts recognized the development of domestic engineering one of the priority tasks for Russia.

Alexander Morozov told about plans of localization in our country automotive industry products. It is necessary to stimulate manufacture of components in Russian Federation in the first place, critical.

According to Arkady Dvorkovich, an important perspective of domestic output components for the global market.

Konstantin Babkin told about the situation in the domestic agricultural machinery in General. He called three basic directions of development of the industry: the increase in the share of the domestic market, the expansion of the product range and building competencies in the production of components.

In 2013-2019 the years the production of agricultural machinery in Russia grew 3.4 times, export volume is 2.9 times the share of Russian equipment in the domestic market increased 2.2 times and amounted last year to 54%.

President of the Association "Rosspetsmash" praised the state support measures, implemented by the Ministry of industry and trade. The main mechanism to encourage the localization of production of agricultural machinery in the Russian Federation is the governmental order No. 719. The document gives investors clear guidelines for the development of modern enterprises on production of agricultural machinery and accessories.

A highly effective measure of state support for the industry is the government resolution No. 1432, which allows farmers to purchase equipment at a discount. In the direction of the export factories have high hopes to launch soon a program of guaranteeing to repurchase.

Speaking about the factors that hinder the development of the Russian agricultural machinery, Konstantin Babkin said monetary and fiscal policies, rising electricity prices and the metal quotas on grain exports. In the interests of development of the domestic industry is required to reconsider these issues.