Thursday, 09 July 2020
The security Council noted the importance of developing seed
The share of domestic seed must be not less than 75% 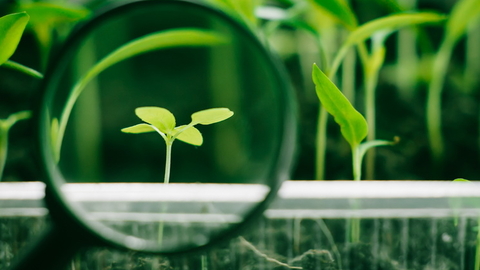 The security of the country own the seeds particular importance and is an element of food security, said Deputy head of the security Council of the Russian Federation Dmitry Medvedev during a meeting on the implementation of the provisions of the food security doctrine, reports RIA "Novosti". Medvedev admitted that the system of scientific research in industry is not sufficiently developed. Under the doctrine, the share of domestic seed must be not less than 75%, but breeding achievements of the Russian scientific organizations are not so significant.

Dependence on imported seeds especially on maize, sunflower, soybean, potatoes, some vegetables, reminded Medvedev. "We all know that that's the hook on which our agriculture is now suspended, and in the event of any unfavourable economic scenario, natural scenario and medical scenario, or the more political, it will be very difficult," he admitted.

Meanwhile, the new edition of the law "On seed production", which was supposed to create additional conditions for development in Russia of an effective seed market and to protect the rights of domestic seed, not yet submitted to the Duma. At the end of June it became known that after the criticism of the document from the industrial community, from the project document disappeared points on the introduction of licensing of seed production activities and compulsory seed certification.

Earlier, representatives of six seed of the unions and associations made a resolution, which was strongly opposed to these innovations. Licensing will become "unreasonable extra burden on the seed business and the establishment of protective measures for classes of seed production in the Russian Federation," reads the text of the resolution. And the introduction of mandatory seed certification is contrary to Federal law "On technical regulation". In addition, as explained by one of the signatories, the President of the National Association of manufacturers of seeds of corn and sunflower (Naschip) Igor Lobach, it paralyzes the sale of seeds. "We heard, and it is important that the community industry was made by consolidated in this matter," — commented,"the Agroinvestor" Deputy General Director — head of breeding and seed production of the National Union of breeders and seed growers (of Nssis) Lyudmila Smirnova.

About changes in the preparation of the bill has declared at meeting in the Federation Council, Deputy Minister of agriculture Ivan Lebedev. According to him, in this matter, the Ministry could find a middle ground and seek compromise with members of the professional community. In the new edition instead of licensing it is proposed to introduce mandatory registration in the Federal state information system. According to Lebedev, it will be called the GIS "Seeds". Present at the meeting in the Federation Council, Deputy head of the Rosselkhoznadzor Julia Shvabauskene noted that the bill aims to support the domestic seed industry, aims to reduce Russia's dependence on imported seeds.

The bill says that the information in GIS "Seeds" will be open and public except that, access to which is restricted by Federal law. The system will contain information on legal and physical persons, including individual entrepreneurs who are engaged in the production, storage, sale and use of parties of seeds of agricultural plants. Also indicates location and actual volumes of production and cultivation of seeds and transactions; varietal and sowing qualities of seeds; information on the volume of completed parties and used for their own needs. In addition, the system data about the content of genetically engineered material in seed lots. Information from the system will be free of charge.

As for the certificates, instead of them in the new bill now provides certificates of seed quality. According to article 26 of the document, the ID is the condition for the tolerance of seed lots in turn. The form of the certificate and the procedure for its issuance will be set by the government. To issue certificates will be accredited by individual entrepreneurs or legal entities after determining varietal and sowing quality seeds and planting material.

President Mapskip Igor Lobach has embraced the new proposals positively. "The proposal to establish a register of seed enterprises in the information system is good. Our Association had nominated him before and partly implemented jointly with the "agricultural centre". This will ensure transparency in the market, he said. — Especially good that the system will be in electronic form, it will save the seed of the paperwork. But it is important that the informativeness was full — starting with the parent forms, the primary seed and ended the final buyer". Introduction identity Lobach also approves, but notes that more details this system can only be evaluated after the training regulations.

Ludmila Smirnova believes that the proposed solutions need improvement: the bill says that seed producers could be enterprises registered in the information system. But in this list are those businesses that grow seeds for their own needs. You need to narrow it down and give a more precise definition of seed farms, she said.

But the introduction of identity, according to Smirnova, contrary to the legislation of the EurAsEC and require changes in them. "Do not understand the meaning of this document if it is issued on the basis of act testing and test report, and the importation of seeds only on the basis of test report, — she comments. — The certificate of quality of seeds of agricultural plants almost duplicate certificates of conformity, issued now in the system of voluntary certification".

A seed company to a new idea were wary attitude. The representative of the "RZ-agro" in the Rostov region declined to comment. The Director of a seed company Voskhod Viktor Dyachenko fears that the registration system will be paid, and the license will become a "regular fees". "The domestic seed production of grain is the only niche where the influence of foreign breeding schools is minimal, and it will experience pressure", — said Dyachenko. The Ministry of agriculture on the request to "Agroinvestor" did not answer.

Representatives of Mapskip and NSIs believe that in order for the document to fully meet the task of reducing Russia's dependence on imported seeds, it is necessary to foresee the introduction of a special seed production zones. According to Lobacha, it will provide spatial isolation of cross-pollinated crops. Smirnov believes that it is possible to do without the payment of monetary compensation to the land owners, by establishing a public easement on the land.

Mapskip also insists on the exclusion from the bill the requirement for mandatory inspection of all batches of seeds of domestic selection for the presence of GMOs at the expense of the manufacturer of seeds and opposes the concentration of Supervisory and control functions in a single Agency. Ludmila Smirnova agrees that the new bill provides for very strict supervision, which can lead to dysfunction of the seed enterprises. The intervention of the Rosselkhoznadzor in the process of seed production — unnecessary, it is sufficient to control the quality of the finished product, she said.

The positive aspect of the new bill Lobach said that the duty of registration of genomic passports on seeds Ministry of agriculture postponed for an indefinite period until a uniform methodology for their creation, which, according to him, today there is not only in Russia but also in the world.