Friday, 10 July 2020
By September, Ukraine will be the Ministry of agriculture
The President of Ukraine Vladimir Zelensky has called for proposals from farmers on the candidates to the post of Minister of agrarian policy. He stated that the maximum in September, Ukraine will be the Minister of agricultural policy and the relevant Ministry. About it as transfers UNIAN, he said this during a meeting with business representatives in Volyn region. 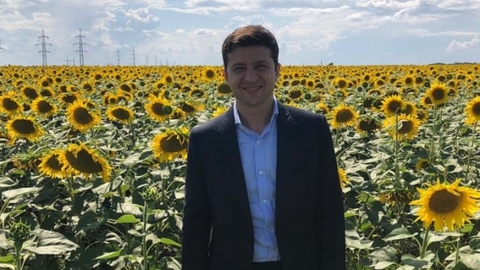 Zelensky has called for proposals from farmers and processors of agricultural products on the candidates to the post of Minister of agrarian policy.

"I don't know whether we will have time. We have one session week - that's next, and then the Verkhovna Rada we have a resting. I don't know whether we will be able to appoint a new Minister and create a Ministry so quickly. But the maximum in September when deputies will return to work, we will assign, we will have a separate Minister of agriculture", - stressed the head of state.

The Cabinet appointed the head of the Commission for reorganization of the Ministry of agrarian policy and food of Ukraine Alexander Black. On 6 March, Prime Minister Denis Shmyhal declared intention of the newly elected Cabinet of Ministers to create a separate Ministry of agro-industrial complex, as well as a separate office for the member of the government, which will deal with the development of the industry.