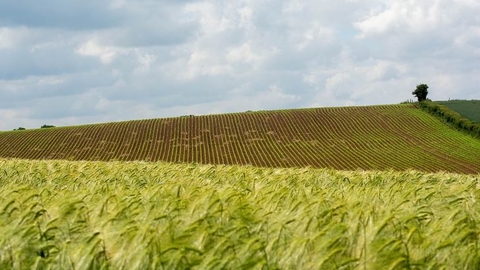 Read more about it says David Frabotta in his article on the portal www.agribusinessglobal.com.

"In a recent global review of the status of agribusiness, the Association of AgriBusiness, 58% of the interviewed suppliers and distributors from 43 countries said that they integrate biological products in their portfolios, and a further 21% consider their inclusion in the range. Only 21% said that they do not consider organic products.

Compare with the survey data from 2011: only 30% of the companies then included biological drugs in its portfolio, and 42% said that they are not interested.

Biological pesticides are the most popular category of biological products that are requesting suppliers and distributors, and companies started or are developing them with the same priority (38%) as traditional chemical pesticides: insecticides (40%), fungicides (37%) and herbicides (36%).

Even companies that are not interested in biopesticides, say they see a growing demand: 88% of respondents said that the demand for biological products is growing, and consumers – as buyers in stores, and the farmers are the driving force; 72% of respondents commented that the motor industry - consumer demand for lower residues of synthetic pesticides, forcing the whole value chain up and down to overestimate the production system.

The survey was developed by the editors of Global AgriBusiness and conducted at the subscribers database via email.

The survey involved 133 respondents in 43 countries, mostly manufacturers and developers of plant protection products (55%), distributors and trading companies (27%), as well as suppliers and distributors, dealing with plant health (17%).

About 42% of survey participants do not produce any molecules, and 30% do not produce any products, which indicates that the trading company and not formulating distributors continue to represent a significant share of the agrochemical industry.

More than half of the respondents (56%) had gross income of less than $ 25 million in 2019, which corresponds to the figures of the last 10 years.

However, since 2009 the number of companies whose gross income exceeds 250 million USD (21%), doubled, which testifies to the consolidation of the largest companies in the industry.

Similarly, the number or the number of registrations per company has increased significantly over the last 10 years: 34% of companies spent at least 50 registrations of products in 2019 compared to 8% in 2009.

The number of companies with more than 20 registrations increased to 54% compared to 22% in 2010.

These data illustrate the consolidation among large companies, as well as the complexity of more stringent and costly regulatory environments, forcing some companies to abandon strategies for product registration in order to focus on pure business import / export and distribution.