Tuesday, 28 July 2020
To sell the oilseed at the start of the harvesting campaign will be profitable
Prices will be higher than last year, but can quickly be corrected downwards 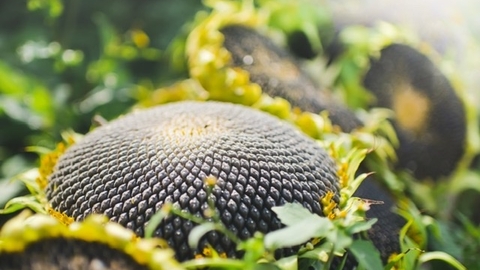 According to the June forecast of the analytical center "Sovekon", this year sunflower crop will amount to 14.6 million tons, soybeans — 4.7 million, rapeseed — 1.8 mln tons of Sunflower seeds and rapeseed will be harvested is less than in 2019, and soy — more. However, the current rating of "Sovekon" is going to adjust after you update the data on total cropped land told "the Agroinvestor" Director of the center Andrey Sizov.

Fat-and-oil Union expects the gross yield of sunflower and soybean on the same level as last year, if the weather during maturation and harvesting will not require adjustments. "But the rapeseed crop will be lower than in 2019, because of drought during sowing they took up less area than planned" — says the Executive Director of the Union Mikhail Maltsev.

Sizov said that the condition of crops in the South are not very favorable, and in the Center and the Volga region, on the contrary, a positive harvest. "Now the state soybean, rapeseed and sunflower in most regions of normal. Although there are some issues for crops in the South and the Altai territory there because of the drought, the yield may be lower than we previously thought," adds the General Director of the analytical company "Prozerno" Vladimir Petrichenko.

Oilseed prices at the start of sales of the new crop will be higher than the previous year given the record prices that were at the end of the season-2019/20, said Maltsev. "Traditionally, they decline slightly, but the decline to the level of the harvesting campaign in 2019, we do not expect. Therefore, farmers should not wait for better times, hold the harvest," he recommends.

Sizov also said that oil would be profitable to sell at the beginning of the harvest. "Sunflower prices at $700 per ton of oil and not the most positive expectations in the South of Russia and Ukraine at the start of the season will be higher than in the 2019/20 agricultural year will amount to 21 thousand rubles per ton, and possibly higher, provided the depreciation of the ruble. However, in the next months or even weeks after harvesting, they are significantly reduced. Therefore, we recommend not to delay the sale of the early sunflower," he says.

Sizov added that now farmers are not lack of predictability: it is not clear what will happen to the exports of sunflower. It would be very helpful if the Ministry of agriculture in the near future, announced the rules of the game for the new season, so that the farmers could make long-term plans for planting the following year, says Sizov. "I would also like to believe that the export tax, which is currently 6.5%, will be increased to 20%. This will mean that processors will receive a discount on raw materials at the expense of farmers in the neighborhood of 80 billion rubles, as the price in the domestic market in most cases is determined by the export parity," he concludes.