Friday, 31 July 2020
Russian market of mineral fertilizers rose by 15.6% in the first six months
According to the Russian Association of fertilizer producers (brine), domestic producers in the first half of the year increased the supply of the domestic market by 15.6%, compared to the same period last year. 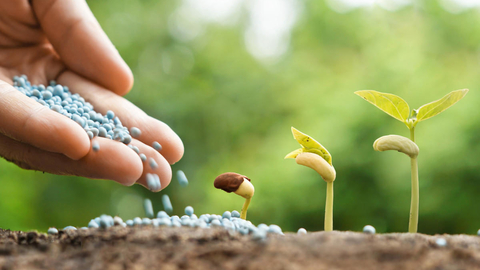 Total shipments (in physical weight) reached 6.4 million tons. Leadership for the total supply of Russian farmers of all types of fertilizers maintained a Group of "FosAgro" with a share of 24.7%. The company in the first place and the volume of products sold through the stock exchange. On a share "FosAgro" in the first half accounted for 75% of the total exchange trading in mineral fertilizers.

According to the Ministry of agriculture of Russia, during the first six months of the year, member companies of the brine has secured more than 65% of the projected volume of purchase of fertilizers in the current year. Appreciation for the work of the industry in the first half gave the Minister of agriculture of Russia Dmitry Patrushev. At a meeting on crop production, which took place in early July in the nationwide field day, the Minister, in particular, noted that effective cooperation with the Russian Association of fertilizer producers allows to annually increase the amount of fertilizer. In 2019, Russian farmers purchased 3.5 million tons of fertilizers (in recalculation on 100% nutrients D. V.)

"Most importantly, this increase in the share of liquid complex fertilizers, effective in low lands and, in particular, in arid regions of the Russian Federation. We thank, of course, all our colleagues and partners for the supply of fertilizers", — concluded Dzhambulat Hatuov.

Due to large investments in the development of production facilities and regional logistics infrastructure, this spring industry enterprises increased their production volume and maintained a high momentum supply to farmers liquid fertilizer for field work in conditions of deficiency of moisture in the key selhoznaloga". Growing current and future demand for fertilizers is ensured through large-scale investments in development and modernization of production capacities. Over the past 5 years investment companies brine exceeded 800 billion rubles. By the end of 2019, their volume more than in 2 times exceeded the average for the manufacturing industry.