Friday, 31 July 2020
Russia has proposed to increase the responsibility of investors for port infrastructure
In Russia it is proposed to fix on the legislative level the responsibility of investors for their commitments on modernization and construction of port infrastructure. Provided the relevant bill, which was developed by the Russian government and placed on the Federal portal of projects of normative legal acts. 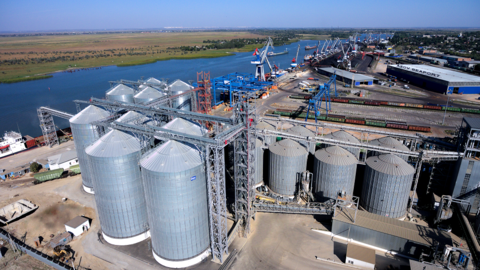 As stated in the explanatory note to the document, the last time in the sea ports of Russia increased the number of investment projects that were suspended indefinitely, and the land plots provided to the investors, they are not used.

"In particular, it suspended implementation of four projects in the far East and two in the Azov-black sea basin due to the lack of investors the opportunity to Finance them. While legislative mechanisms for the settlement of relations with the investor, who is unable to cope with the project in the stipulated time, no. Declaration on the implementation of the port projects did not contain any of the obligations of the investor implementing the investment project", - the document says.

In this regard proposes that at the conclusion of such agreements in the future they will register all of the obligations of the investor. In addition, he will have to give as security money, Bank guarantee or guarantee.

In the event of early termination of the agreement in connection with a material breach by the investor of its terms the costs incurred by the investor, it is proposed not to compensate.