Friday, 31 July 2020
Why reset to the supply of pork to Russia from abroad
Pork imports from far abroad countries to Russia dropped by 98% from 55 thousand tons in the first 6 months of 2019 to 1 million tons in 2020, according to the Center for industry expertise Rosselkhozbank. In monetary terms, imports of pig meat over the same period decreased from $170 million to $3 million dollars a year. 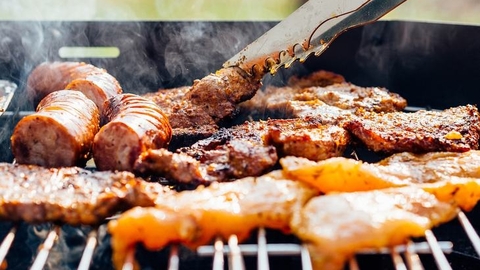 "A significant decline in the share of imports of pork to Russia is a consequence of the growing attractiveness of China market and South-East Asia for global exporters, as well as changes in the tariff policy of Russia in 2020, in particular, the replacement of tariff quotas on pork flat rate of 25%," - says the head of the Center for industry expertise Rosselkhozbank Andrew Dalnov.

At the same time until the end of this year, imports of pork to Russia will increase and will reach 10 thousand tons, mainly due to the EAEC, predict in the Center of industry expertise. Thus, the share of imports of pig meat by the end of 2020 will not exceed 1% of its consumption, which is evaluated by the experts of the Center in the amount of 4.1 million tons for the year.

"According to our calculations, the first time imports will not have a practical effect on the level of prices for pork in the Russian market", - said Andrey Dalnov.

From 2013 to 2018, the volume of imports of pork to Russia decreased from 1 million tonnes per year to 100 thousand tons per year and remained at this level until the end of 2019. The share of Russian production of pork meat intended for the domestic market, during the same period increased by more than 1.3 million tons. Average annual production growth between 2013 and 2019 was a little less than 200 thousand tons a year, according to the Center for industry expertise.

The preservation of the import share in the Russian pork consumption at the level of 100 thousand tons until 2019 was introduced to allow producers to influence the dynamics of the wholesale prices, especially for items which dominated the supply, in particular, boneless ham, shoulder and neck.

In the next 2-3 years industry expertise agricultural Bank predicts the acceleration of the annual growth in domestic pork meat production to 250 thousand tons and more with further increase of the export of 50 thousand tons year-on-year from a low base in 100 thousand tons in 2019.

"Thus, the growth of domestic production will remain the main factor of pricing in the Russian pork market and to dictate further price reductions in the next 2-3 years. According to our calculations, this year should expect a reduction in retail prices for this category of meat by 3-4 %", - concludes the head of the Center Andrey Dalnov.

Within the framework of servicing foreign trade activities of Russian agricultural Bank provides a wide range of products and services. With the support of the Bank and large investment projects, in particular the construction of several modern pig-breeding complexes.

In addition to providing long-term credit exposure in these transactions, the issuing Bank guarantees payment to the supplier, opening of settlement of letters of credit. Given the high ratings of the Bank and extensive experience in trade Finance and import transaction data are implemented without additional guarantees from foreign banks, which minimizes client's expenses and, as a result, has a positive effect on the cost of production.