Friday, 22 August 2014
Karelia berries will go in fillings for pastries
Petersburg bakeries will purchase a filling for puffs and "baskets" in Karelia and Vologda. In connection with the sanctions manufacturers will replace the suppliers of these ingredients, which previously came from Poland and Finland. 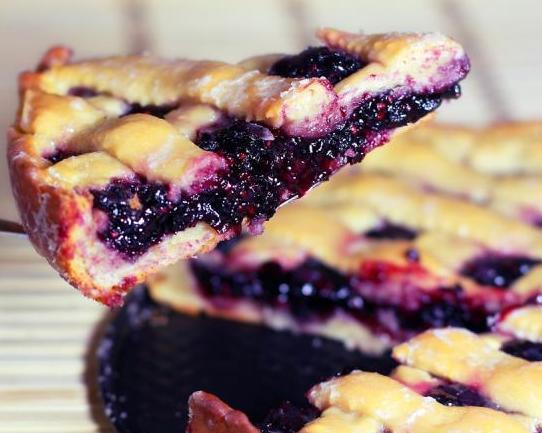 The St. Petersburg bakery product manufacturers in connection with the embargo on the import of food from a number of European countries will buy the berry filling for puffs and "baskets" in the Vologda oblast and Karelia. This was reported to journalists by the head of the Committee for industrial policy and innovation Maxim Meixin of the meeting, acting city Governor Georgy Poltavchenko with the heads of the bakeries.

"Berry filling Petersburg bakers will buy mostly in Karelia, Vologda, and some of those countries that are not under sanctions. Manufacturers today do not Express any concerns about this, and yesterday's amendments to the decree of the Federal government solved the problem of multicomponent mixtures that were expressed earlier", - said Maxin in an interview with ITAR-Taschenbuch stressed that none of the manufacturers have not said anything about the suspension of production for any products or lower production volumes.

Also the General Director of the company "Darnitsa" Victoria Ustimenko shared plans for the overhaul of procurement from Poland, Finland and other European countries for supplies from Turkey, China and other countries. "The question of the cessation of production is not worth it. We have a supply of raw materials for a few months until the start of the physical delivery from other countries. Fear not, but still not fully understand how new supply will affect the final cost of the products," she said.

The head of the plant "Loaf" Nicholas Tyutyunnikov reported that earlier purchases made from various suppliers, including Finnish, Karelian and Vologda partners. "Now we will increase the purchase from domestic suppliers, in parallel for sure going to search in other regions and countries, do not see the special issues," he said.

In turn, the acting Governor Georgy Poltavchenko said that regarding the main raw material is not fear nor on possible shortages or price. "There are a few special cases with attempts to raise the price of jam or spinach, but we in such cases will involve the relevant authorities for inspections," he said. According to Poltavchenko, in St. Petersburg there is no reason for concern on any products that are actively signed agreements with domestic manufacturers and suppliers from those countries that are not under sanctions. "There are some problems on cheese, but instead of French will be the world famous Swiss, contracts have already been signed", - said the mayor.

The government has introduced 7 August 2014 full ban on the supply of beef, pork, poultry, fish, cheese, milk and fruits and vegetables from Australia, Canada, EU, US and Norway for a period of one year. The ban on the importation into the Russian Federation of agricultural products was not common in Japan.