Monday, 08 December 2014
"Neva cheeses" invest 7 billion in the manufacture of cheese
In the city Gryazovets Vologda region will not only production, but also running livestock projects. 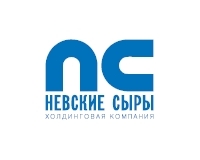 Group of companies "Neva cheeses intends to run in the Vologda region the production of yellow cheese, said Friday the Vice-President for strategy and investments of the company Maxim Malygin. The project will be implemented on the basis of the enterprise "Northern milk" in the city of Gryazovets, the volume of investments will be at least 7 billion.

"We initiated and we were asked to participate in cooperation with Vnesheconombank in the project for the production of yellow cheese, "he said at the meeting of the investment Council under the Governor. But it is not just production, but given the shortage of milk, will be even and construction (livestock) farms".

The Governor Oleg Kuvshinnikov instructed regional authorities to assist in the implementation of the project. "You want to negotiate, conclude a framework agreement for the implementation of this investment project on the territory of the Vologda region, to ensure the development of raw material base for this project the construction of new plants", he said.

In September 2014 the group "Neva cheeses" was launched on the basis of the enterprise "Northern milk production of soft cheeses, feta is the first in Russia. Investments in the project amounted to 216,5 million. The company plans to produce 450 tons of cheese per month, the first batch is already sold in several regions of Russia.

"It was the first project in the framework of import substitution, which was implemented almost simultaneously with the introduction of sanctions and embargo by Russia, "he added Kuvshinnikov. The project worked very effectively for the supply of soft cheese in the trading network of the Russian Federation and took a noticeable gap in the market".

In the near future Neva cheeses" plan on the basis of the enterprise in the Vologda region be increased to 180 tons per month production of sour cream, investing about 25 million rubles. Also up to 110 tons per month will be increased production of cheese, which will be spent 35-40 million. The products will be sold throughout the Russian Federation.