Friday, 17 August 2018
All enterprises of Kamchatka will be finished in 15 years of use of quotas on sea bioresources.
According to Vice-Governor Vladimir Galitsin, long-term fixation of the rights to extraction of water biological resources creates favorable conditions for the development of the fishing industry in the region. 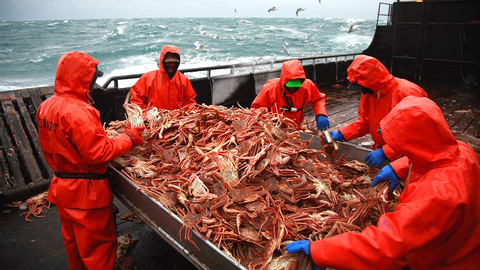 All Kamchatka enterprises engaged in industrial and coastal fisheries, was granted the right to conclude contracts on securing a share of quotas of extraction of marine bioresources for 15 years. This was reported by TASS on Thursday the Vice-Governor of the region Vladimir Galitsin.

"For the Kamchatka territory the procedure was completed successfully, with preservation of the resource base. Long-term fixation of the rights to extraction of water biological resources creates favorable conditions for the development of the fishing industry in the region," said Galitsin.

Kamchatka enterprises have actively participated in the "investment campaign" for public support new forms of quotas of extraction of water bioresources on investchile for the construction of the shore plants and the fishing fleet. According to the first results of 21 of the investment project (in the amount of 65 billion rubles), reported from the far East fisheries management organizations, 12 ($11 billion) is a project of the Kamchatka region, of which nine projects for the construction of onshore fish processing plants in the region and three for the construction of fishing vessels. All three vessels builds Fishing collective farm named after V. I. Lenin. Modern medium fishing seiner-trawlers, which have no analogues in Russia, with the vehicle search system, production, reception and chilling of raw, being built in Kaliningrad in the Norwegian project.

According to officials, the measure to increase the fixed quota by a coefficient of 1.2 for enterprises ready to fish in the coastal fishery, is intended to stimulate the delivery of catches of aquatic biological resources on the beach in live, fresh and chilled. However, there are concerns that the majority of enterprises having the right of choice of mode of fishing will prefer to conduct industrial fishing, not burdened with conditions established by legislation for coastal fishing.

"I think an effective measure of raw coastal fish processing enterprises can be reduced hindering the development of onshore processing excessive administrative barriers. New regulations fishing regulations allow fishermen delivering the catch to shore without processing and reloading in the sea, to record the species and weight composition of catches at the end of unloading to the shore," added Galitsin.

Previously, the Agency has adopted the lists of enterprises, which are fixed shares of quotas of extraction of water bioresources in the far Eastern fishery basin. The next stage involves the conclusion of contracts between the Agency and the users of securing a share of the quotas for 2019 - 2034 years. According to authorities, the consolidation of quota shares for 15 years creates the conditions for stable operation of the industry and the possibility of making long-term investments.