Monday, 27 August 2018
Fishermen Kolyma questioned the accuracy of scientific predictions
According to fishermen, science limits the volume of potential yield 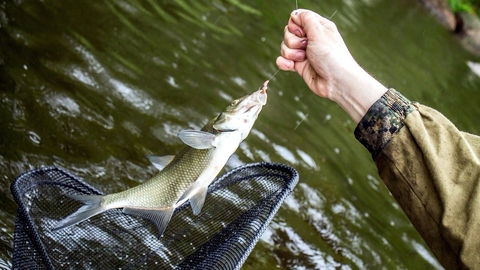 For example, on the river Towy good approaches coho salmon, and the number of flow days is limited. Not great and the amount of fish added to the catch crews, standing on this river.


However, after accusations of fishermen, specialists Magadanniro travel to parts of the Pit and Taui to check on the approach of salmon again to determine the percentage of escapement. Only then can be revised additional amounts to the catch of coho and chum salmon.Meanwhile, representatives of the Okhotsk territorial administration of Rosrybolovstvo offer gentle treatment of catch that fish could pass freely to fill the spawning grounds. Science offers the volume necessary to maintain the population in the region.

Also additional volumes on the catch of Pacific salmon and trout were distributed to sport fishing at a meeting of the regional Commission on fishing for anadromous fish. Volume increased by 400 tons.

As reported IA REGNUM, the scientists have let the fishermen of Khabarovsk Krai. According to 3 August, with great difficulty extracted only 20% of the allowed 83 thousand tons of salmon. Fish in the Khabarovsk territory is almost there. More than 400 thousand tons of produced in the far East 470 thousand tons are for Kamchatka, where Putin — 2018 has been the richest for the last 110 years.