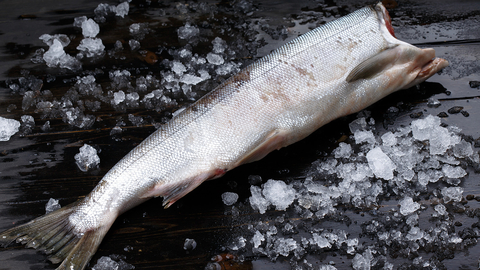 "Governor Oleg Kozhemyako has repeatedly made a proposal, known as the "three tails". In accordance with him, each of Sakhalin and kurenchanin could easily get fishing poles and spinning three salmon per day. Amateur fishing would affect no more than 5% of the total volume harvested FBG. The lion's share of salmon was still mastered the fishing enterprise", — explained the press service.

Earlier this initiative was approved by the presidential Plenipotentiary envoy to the far Eastern Federal district Yuri Trutnev. But the Federal Agency for fishery, despite regular record catches of Pacific salmon in the far East, the offer of a "three tails" for residents is not supported.

The proposal islanders catch three salmon in a day partly helped to solve the problem of Zamora pink salmon in some rivers of the Islands are crowded with fish. But for normal spawning of pink salmon is required for one square meter accounted for approximately one a couple of manufacturers.

"When the fish on the spawning grounds too much, females do not build nests spawning, just spawn eggs into the water. The eggs will inevitably die. Clogged with corpses of fish spawning grounds create the preconditions for the occurrence of unfavorable ecological situation in the pond", — the press service quoted Deputy Chairman of the regional government Anatoly Makoedov.

According to recent reports, the region has already produced more than 72 thousand tons of pink salmon. Island scientists adjusted the forecast of the possible catch of Pacific salmon exceeds 116 thousand tons.