Wednesday, 19 September 2018
Why tons of salmon rotted in the fields and roads of Kamchatka
With an enormous catch volumes of fish transportation from the far East to the West Russia fell by 11%. The fishermen accused the government of the Russian Federation in "regulatory chaos" 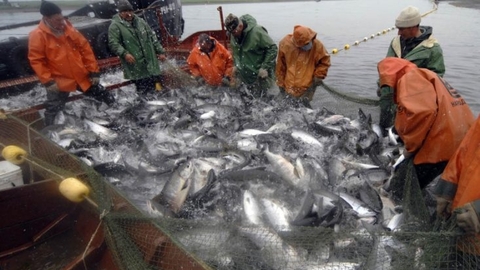 Why record fish catch in the far Eastern Federal district, which hit the highest of the century, could not give a noticeable increase in the number of fish in the markets of the country, says the correspondent of IA REGNUM Olga Demidenko.

Paradoxical, sad, and from the point of view of conservation, a criminal situation with summer salmon Putina in the far East. The inability of the existing infrastructure is neither stored nor transported fish led to huge losses of produced. Caught in the far East in General, 630 thousand tons of salmon — how many of that number have reached the consumer, and how much is dumped and destroyed, impossible to calculate, but judging by the fact that there is no collapse of the prices on red fish and caviar has not happened in the European part of the country far Eastern fish was not so much. On the Kamchatka Peninsula, which gave the highest figures, tons of salmon rotted — they were strewn roads, forests and fields.

According to the data provided by the railroad, the decline of transport of fish products fell by 11%. President of the Russian Association of fishery enterprises, entrepreneurs and exporters (VARPE) Herman Zverev has addressed to the Chairman of the accounts chamber of the Russian Federation Alexey Kudrin with a letter in which he asked to openly review the effectiveness of management in the fisheries sector, and described the situation today as a "regular chaos".