Wednesday, 07 November 2018
Rosstat has told, what products went up in October
Rosstat notes the rising prices of eggs, sugar and wheat in Russia in October; most kinds of fruit and vegetables in addition to fresh tomatoes and cucumbers, last month depreciated, is spoken in the message of statistical Department. 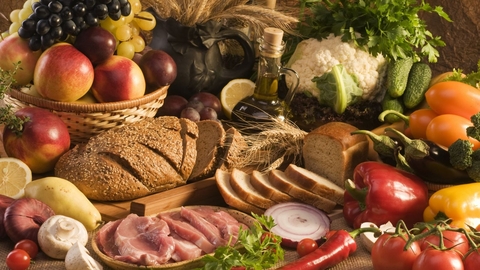 According to Rosstat, in October the food prices in Russia grew 0.6% compared with September. "In October, among the food groups most of all, increased prices for eggs and sugar. The growth of prices was noted in the majority of constituent entities of the Russian Federation", — stated in the message.

"Among other observed food products has been a marked increase in the price of millet is 10.2%. Poultry meat has become more expensive by 2.9%, oat and barley — 2.5%, fish by 1.7%, semolina — by 1.3%, bread and bakery products from wheat flour — by 1.1%, meat products, fish frozen cut (except salmon breeds), milk drinking sterilized by 1%", — added in the message.

"However, cucumbers and tomatoes rose by 27.4% and 20.2%, respectively, oranges — by 9.9%. In addition, 1.9% decrease in prices for caviar of salmon fishes domestic, 0.3-0.5% for pork (except for boneless meat), different types of fish, squid, frozen, mixes dry dairy for baby food," says Rosstat.