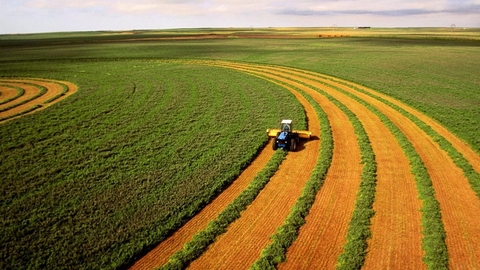 The largest area of these abandoned lands in Bashkortostan, the Republic's residents not to use 4,2 million hectares, i.e. 30% of the territory of the region. Also in the top ten Novosibirsk, Tver, Smolensk, Kirov, Nizhny Novgorod regions, the Altai and the Perm territory and the Kurgan region.

Activists note that most of these lands are not fertile, but it is possible to grow the forest. However, the law does not permit. The landowner for the trees on the site could face a fine of up to 700 thousand rubles, and even the deprivation of rights to own land.

"Legislators think that a ban on the existence of the forest can return these lands to agriculture; officials, taking advantage of the abundance of prohibitions, the nightmare land users, mainly in selfish interests; land owners, fearing fines and the confiscation of land, burn them in the spring to kill young woody shoots" zawirusowania the forest Department of Greenpeace Alexei Yaroshenko.

While environmentalists say that the top 10 were the regions with favorable climatic conditions for growing forests and areas with the highest potential volume of timber production on unused agricultural land.

Representatives of the organization made to allow landowners to legally grow forests on their territories for agricultural purposes.

"Avialesohrana" reported earlier that only one day may 10 in Russia was abolished 155 forest fires on an area of 25 hectares. 517 it noted that the estimated cost of suppression exceeds the potential damage from fires.