Friday, 06 December 2019
On Kamchatka the prices for foodstuffs growing by leaps and bounds
Kamchatska published data on the growth of prices for food products in the region. From observations of statisticians, it appears that the food prices on the Peninsula are growing, significantly outpacing inflation, the correspondent of IA REGNUM. 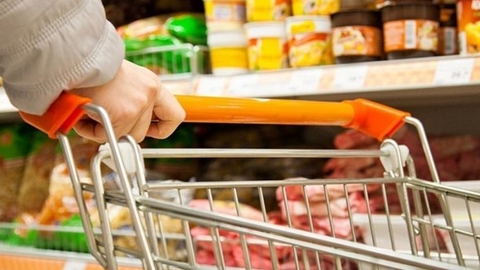 Statistics examined the growth of prices for the period from 2016 to 2019. It turned out that during this time, the price of sausage, for example, smoked increased by 44%, mineral water — 45%. Frozen fish, which, it would seem, given the rich Kamchatka Putin should just be cheaper, have risen in price by 43%. Non-alcoholic beverages rose by 38%, fat cottage cheese 31%, semi-smoked sausages by 23%, low-fat cottage cheese and sour cream are at 21-22%. Wheat bread and sausages rose by 20%, salted fish — 20%. Rye bread has risen by 13%, dairy products except sour cream, which rose by 14%.

Inflation during the study period in the region was 13.8%. Thus, rising prices for many, especially important, the food exceeded inflation

As reported IA REGNUM, the price of food in Kamchatka — one of the reasons for many residents to leave the region. For example, the cost of a kilogram of tomatoes and cucumbers starts from 800 rubles. An ambitious project, announced by Russian billionaire Viktor Vekselberg to build a greenhouse complex designed to provide residents with fresh, affordable vegetables, did not take place. After power at the expense of the budget was built on the site of the assumed complex and the road had electricity, the company Vekselberg "Renova" has declared that refuses from the project. The money in the budget spent on the development of the platform, no one has returned. To survive, Kamchatka gain credits. According to the Bank of Russia for August 2019, the people of the region have accumulated 3.6 billion of bad debts to banks are loans that people can't serve. In 2018, the bailiffs of the Kamchatka Peninsula have opened a 230 thousand Executive manufactures. Thus, every 14th resident of the region has debts that it cannot repay without the intervention of bailiffs.