Tuesday, 16 June 2020
GfK researchers evaluated the scale kovid-crisis among buyers
Mode isolation/quarantine because of COVID-19 withdrew almost all regions of Russia, but the consequences of this period continues to exert a strong influence on the life, preferences and choices of buyers of consumer goods. Perception of buyers of different regions and segments reflects the "Index coved-crisis", developed by researchers GfK consumer panels. 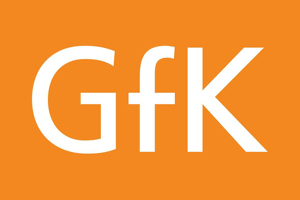 The basis of the Index of crisis, typology of customers, which allows GfK to evaluate the changes of consumer behavior in different groups of the population and track the dynamics. The study answers the question of what percentage of households buyers of everyday goods have already suffered from the crisis? who are they and where you live? how to change their buying habits, what categories their behavior affects and how?

To group on crisis segments "Sustainable", "Injured", "Concerned" is used two factors: self-assessment of financial situation and assessment of the probability of losing a job. The index is calculated as the difference between the share of "Sustainable" and share the "Victims" - those who are keenly aware of the consequences of kovid-period.

Fig. 1 How to survive the consequences of kovid-crisis, consumers in different regions (data from the third wave of the survey 5.06 – 7.06)

· The share of crisis-hit Russians now significantly larger than a segment resistant to the crisis (share of victims 32% vs 14% resistant). Thus, the Index coved-the crisis in Russia as a whole as the difference between these two indicators was 18 points (in April it was equal to -4).

· Reduced activity due to kovid epidemic affecting all regions. And the situation is changing very rapidly. At this stage, most acutely the situation experienced by the inhabitants of the Volga Federal district and Urals Federal district, as well as the South. Here the highest Index coved-crisis. While the negative effect of kovid-crisis among buyers significantly deteriorated during the last month of isolation.

"Now we have conducted three surveys in may and June — these are the first results of a new tracking study, GfK, dedicated to consumer behavior in the phase of adaptation to the crisis and in the future we will be able to evaluate deteriorating or improving conditions for the development of demand in different categories and regions of Russia. Knowledge about the state of buyers and their purchases will allow retailers and manufacturers to correctly answer the challenges of the market and to form the product strategy, the appropriate time to best meet the current characteristics of demand," - commented the results of the first wave of research Alexey Gorbatenko, project Manager Shopper Covid Monitor-19