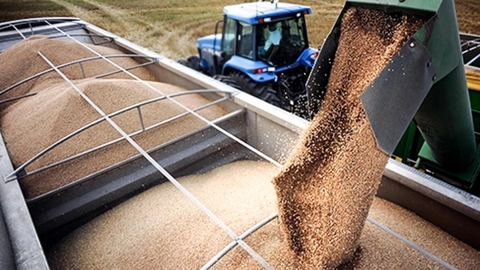 "The release of a shipment of grain not meeting the requirements of the importing country, is fraught with complete closure of the exports from Russia", — told reporters acting head of the Rosselkhoznadzor administration for the Kaliningrad region Andrey Ivanov. He commented on the publication of RBC that the largest trader in the region — "Commonwealth" does not buy from farmers wheat, referring to the stricter requirements of Rosselkhoznadzor for export.

The Rosselkhoznadzor confirmed the refusal to issue phytosanitary certificates for wheat exports because of claims to its safety. But it is only on deliveries to those countries where very severe requirements noted in the service.

As stated by Ivanov, this year the office records the reduction in the volumes of grain exported "Commonwealth". "GK "Commonwealth" was proposed to diversify its export routes and to concentrate on those countries in which the phytosanitary condition of grain shipped safety matches", he said.

According to him, the company manages 90% of all grain exports from the region. In addition, it exports through Kaliningrad grain from other regions of the Russian Federation, the share of the Kaliningrad grain for export is small. "Thus, "Commonwealth", in fact, is a monopolist, dictating their terms to the producers and influence the formation of purchasing prices", — said acting head of the office.

Local farmers Ivanov advised "to use the opportunities of self-export, given the proximity of the borders, developed the railway system and roads, or to use the potential of JSC "Port Elevator". However, he acknowledged that "Port Elevator" basically passes the grain for GC "Sodruzhestvo", becoming "a component of GK "Commonwealth" instead of the player when you export in the interests of grain producers in Kaliningrad region".

As emphasized by Ivanov, currently in the region of favorable phytosanitary situation, thereby increasing the export potential of grain.

As reported by RBC with reference to the Kaliningrad grain club, this year in the area grown a record harvest of grain, which has already exceeded the internal needs of the region. According to the August 26, collected 430 thousand tons with domestic consumption of 350 thousand tons, and have to remove another 50% spring wheat. In General, the crop can be 630 thousand tons. Capacity for storage of "excess" wheat in the region.