Thursday, 06 February 2020
RAB: Coronavirus may cause a shortage of garlic in Russia
Center industry expertise of JSC "Russian agricultural Bank" have predicted the consequences of the epidemic of coronavirus in China for Russian consumers. Currently, the Russian trading networks begin to give up Chinese food because of the epidemic. 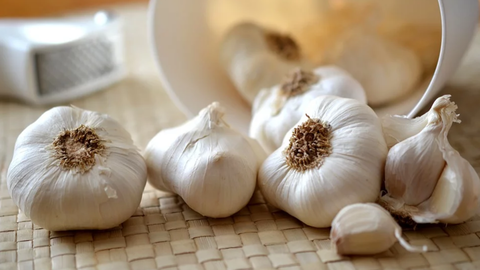 In the top-5 of Russian import from China at a cost in 2019 included citrus (about $ 200 million. USA), frozen fish, vegetables, including tomatoes, onion and garlic (each group is of the order of 100 million dollars. USA). Because of the obvious peculiarities of the climate to speak about import substitution of citrus (oranges, mandarins, grapefruits, lemons and limes) is not necessary. China will replace Turkey, Egypt, Morocco and South Africa.

"Russia exports to China to order more frozen fish than it imports. Structure types may be different, but in General consumers unlikely to feel the difference. For Russian producers of any disruptions to logistics in China on the contrary represent a significant risk," — said the head of the Center industry expertise of the Bank Andrey Dalnov.

The commodity group "other vegetables" are quite diverse: sweet peppers, eggplant, zucchini, mushrooms, celery. Unlike potatoes, cabbage, carrots or beets, these vegetables difficult to call a base. It is rather everyday products for people with average incomes. For this group of goods China is the main supplier. In the European part of Russia, delivery from China, at least in part, be replaced by supplies from Israel, Turkey, Iran, Uzbekistan. But these countries will be hard to completely replace China in the far East. Similar situation with the replacement of the supply of tomatoes: China there is someone to replace, but this is unlikely to be painless for the regions of Siberia and the Far East. On the other hand, will increase the investment attractiveness of projects of growing vegetables and the development of infrastructure, primarily the construction of modern warehouse complexes. Assessment of Rosselkhozbank, to import supplies of vegetables in the Urals must be at least 170 hectares of greenhouses.

"But the most tense situation may arise with the supply of garlic, which is widely used by the population for the prevention of colds, — said the expert. — With a share of 80% China dominates the supply of this product to the Russian market. Total imports of garlic is around 50 thousand tons, the total crop is about 260 thousand tons, but the main volume is produced in personal subsidiary and farms. In practice, this means that in the event of a disruption of Chinese supplies, the garlic from a network of shops at some time will disappear. Russian production of garlic will start to grow only in 2021 To the same time will partially switch on the supply from other countries. Thus, in the case of force majeure in China, the shortage of this product will be inevitable."

Последние новости
09:08 Weekly market review pork and poultry for week 13
08:04 The list of exhibitors IV Global Forum Fishery & Seafood Expo Russia supplemented by new participants
17:04 The exports of buckwheat, rice and flour are forbidden until 30 June
16:08 Wheat production in the world in 2020 may reach close to record levels - UN FAO
15:04 That sow. The total cultivated area in 2020 will be about 80.3 mn hectares
14:02 The Ministry of agriculture in the framework of the interventions will sell up to 1.5 million tons of grain to the market
13:09 Oleg Orphan in closed markets, and networks don't want to work with farmers
12:03 "We can't leave the fields and farms" — farmers ask for help
11:05 In our garden
10:03 Agroprogres: how the rest of the grain. Lyudmila Zueva on the prospects of development of agribusiness in 2020
09:09 First Rosselkhozbank has signed an agreement with the Ministry of agriculture on the issuance of preferential consumer credits to residents of the village
08:08 Weekly review of the grain market of 31 March
17:09 JCB launches enclosures for ventilators
16:01 Brazilian farmers will get another shipment of Russian agricultural machinery
15:01 Changed the dates of the exhibition InterFood St. Petersburg 2020
All news