Thursday, 02 July 2020
The quota on grain exports from Russia is not fully selected, the experts differed in assessing its necessity
Non-tariff quota on grain exports from Russia in the amount of 7 million tons by the last day of his action were not chosen completely. Experts have dispersed in estimations of its influence on the grain market of the country. Their new forecasts are higher than the official. 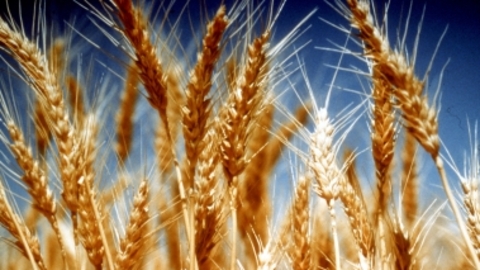 The quota of 7 million tons of wheat, rye, barley and corn were introduced for the period from 1 April to 30 June this year. It would not apply on shipments to countries of the EEU.

According to the Ministry of agriculture, to the middle of the day on 30 June was not chosen by more than 16 thousand tons. And at the end of last week, this figure reached almost 58 thousand tons.

As reported, the original quota was selected fully by 26 April. But then came the return of a share, obtained according to incomplete customs declarations, not confirmed subsequently purchased grain.

As the General Director of the Institute for agricultural market studies (IKAR) Dmitry Rylko, export restrictions the quota of this agricultural year (ending 30 June) are not required. "The year was normal, but the quota has made the uncertainty added nervousness to the market participants", - he told "Interfax".

"Quoting it is impossible to declare as a new element of state regulation of the grain market in Russia. It's dangerous," - he stressed

"A quota is a counterproductive measure, and now, at the end of the season, it became quite obvious given the fact what a stir was in April and how "blown away" market in June," - said General Director of "Prozerno" Vladimir Petrichenko.

According to Petrichenko, the quota is "not necessary" and in the future. "Even if its initiators take into account all ways to circumvent the established order of distribution of quotas will still workarounds will be found - we have savvy managers and lawyers," he said. The expert reminded of the current practice of distribution of quotas when imposed by the government of the Russian Federation a ban on the use of a temporary customs Declaration was bypassed by means of an incomplete customs Declaration is permitted by the documents of the EAEU.

QUOTING AN EFFICIENT AND TIMELY MANNER

Meanwhile, as the head of the analytical center of JSC "Rusagrotrans" Igor Pavensky, the quota has played a positive role. "The growth of grain prices slowed and in some regions in the South and in Siberia, even decreased, he said. The quota helped to avoid the continuation of record growth in domestic prices, which began March 20, "pariwisata" of grain for export and reducing wheat stocks to a level that would put at risk the provision of domestic consumers."

According to him, the stocks of grain now and so are at least from the 2014/2015 agricultural year. According to the center, to July 1, they will be about 6.6 million tons.

As reported Pavensky, from 1 April to 30 June from the Russian Federation exported 7.3 million tons of grain given the time of declarations issued prior to April 1. In General, the export of grain and bean, excluding deliveries to the EEU reached 41,04 million tons.

At the same time, Pavensky believes that in the new agricultural year, the quota may not be necessary "if the situation with the course will be generally stable, there will be a sharp growth of export prices, and it is likely that the average price of wheat will be lower than in the past agricultural year due to record production and stocks of wheat in the world." Is expected to yield close to a record or higher in the Center and the Volga region and offset the losses that may be in the South, said the expert.

"The current season Russia ends up with an extremely low dry residues. However, the situation could be much worse, perhaps even dramatic, if not a protective mechanism in the form of quotas on grain exports in the last quarter of the agricultural year (April-June 2020 - Interfax)", - said the Chairman of the Union of grain exporters Eduard Zernin.

According to him, the high demand on foreign markets by individual States, formed the emergency reserves in a pandemic, combined with the devaluation effect did export operations is extremely attractive. "The figurative expression of one exporter, "some farmers were ready to dig newly planted for the new crop grain for the realization of its exceptionally high prices prevailing in the domestic market," in the beginning of the last quarter of the past season," he said.

Says Zernin, in General, the first experience of implementing the quota mechanism was successful and confirmed its effectiveness and timeliness. "There were, however, no procedural irregularities. So, quite unexpectedly for many market participants had been applied the mechanism of the incomplete customs Declaration, which was previously used for the shipment of containerized cargo. This led to a temporary imbalance in export shipments, which, however, was soon rectified by the efforts of market participants themselves", - he said.

According to the forecast of the Ministry of agriculture, in the current agricultural year (ending 30 June) grain exports will amount to 43 million tonnes, in the new (July 2020-June 2021) - 45 million tonnes.The grain harvest in 2020, the Agency estimated in 122,5 million tons, including wheat - 75 million tons.

All the experts noted that the preliminary forecasts, which will be reviewed.

In 2019 the Russian Federation collected 121,2 million tons of grain, including 74.5 million tonnes of wheat.