Friday, 27 July 2018
ASF: On the Eastern border of the EU this year detained more than 77 tonnes of meat products.
National property management Poland recalls the ban on the import into the European Union of products of animal origin. This year alone, the border in the Lublin province confiscated more than 77 tons of such products. 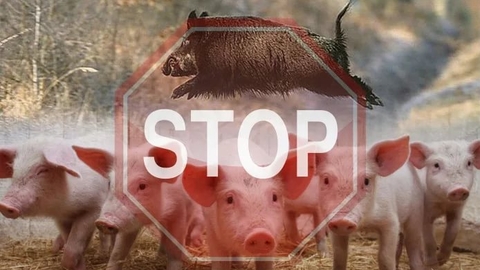 Despite the real threat of the spread of ASF virus, especially in the border area, many travelers still with disdain for rules prohibiting the import into Poland of meat and dairy products. For example, only at automobile border crossings in Dorohusk and Hrebenne on average per week confiscated about 700 kg of such products. On the road border crossing in Terespol in the week they are usually more than 200 kg.

At all border crossings are special containers, in which travelers arriving in Poland, you can throw away the products of animal origin used during the trip. The waste is then sent for recycling. This year destroyed more than 76 tons of such products detained at the border with Ukraine and Belarus.

Those who don't follow the rules are responsible. Only this year at border crossings in Lublin Voivodeship officials of the customs and tax administration was discharged 2.7 thousand fines totaling 667,5 thousand zlotys (about 156 thousand euros).

A ban on the transportation to the territory of the Union of products of animal origin acts 2009, He entered because of the danger of entry into the EU of diseases, including ASF. The spread of the virus among households is relatively easy, including through contaminated food, water, equipment, or through the animal feeding with kitchen waste.

In Poland, revealed 172 of the outbreaks of this viral disease among domestic livestock and 2572 among wild pigs. Many of them in the Lublin Voivodeship. In recent days, new outbreaks of ASF were detected also in Ukraine and in Russia.