Tuesday, 12 February 2019
The Ministry of agriculture of the Russian Federation initiates a creation of new Union grain exporters
This was stated by the Minister of agriculture of Russia Dmitry Patrushev at the meeting with representatives of the largest domestic exporters of grain, during which they discussed the current situation on the market, as well as future plans of the supply of this culture abroad. 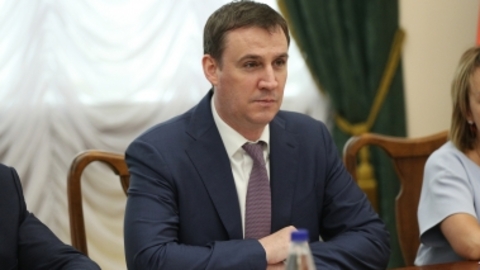 "The agriculture Ministry initiates creation of a new Association, a new Union grain exporters. We need to understand the General trends, General market demand, it is therefore necessary to form a strong Association that will represent the interests of major exporters. The Union will create closer to April of the current year", — said the Minister of agriculture, urging participants to join in the work to create such an Association.

In the event it was noted that the grains remain a key domestic agricultural products shipped abroad. As emphasized by Dmitry Patrushev, the Ministry of agriculture has no plans to impose any restrictions on the export of this crop. According to 7 February in the current agricultural year (2018/2019), our country increased its supply by 3%, to 32.6 million tons, and wheat exports grew by 11% and amounted to 27.3 million tons.

According to forecasts, the export potential of the grain remains for the season at 42 million tonnes, including 37 million tons of wheat, allowing it to maintain necessary stocks to meet the needs of the domestic market. The formulation of plans for the next crop year the Agency together with the exporters engaged in April 2019.

In addition, the meeting discussed the situation on the market of road transport of agricultural products. The meeting participants came to a consensus on the need to strengthen the control of the companies-carriers, shippers, and regional authorities for compliance with legislation in the field of transportation.