Wednesday, 19 June 2019
Farmers complained about the drought in the Saratov region
Sown area of all crops in the Saratov region amounted to about 4 million hectares. About this at the meeting of the Committee on agrarian policy, said Deputy Minister of agriculture of the region Alexander Zaitsev. For grain and bean took 2,372 million ha of land. Now more than 1.3 million hectares treated against parasites. 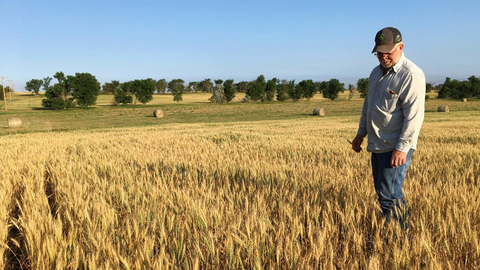 The official said that the prospects for the grain harvest set is difficult. "Weather will make adjustments to the plans", — he explained, but called the provisional figure of 3.2 million tonnes. He also noticed that in one area of observed soil drought on land planted with winter crops. However, there is a danger of the spread of drought and other areas, said Zaitsev.

According to him, the condition of 14% of grain crops is estimated as poor, 29% good, 57% average. Farmers expect average yields in the region range from 15 to 18 quintals per hectare. The greatest problems are expected in the St. Petersburg area.

It is expected that at the end of June to begin harvesting.

The Chairman of the Committee Nikolay Kuznetsov ("United Russia") asked what the area of arable land in 2019 cheated. The Deputy Minister explained that it was written off 115 thousand hectares, but almost all of them reseeded. The alleged damage amounted to 460 million rubles.

The deputies also asked where the region was discovered the locust. "In Volsk and Balakovo is small pockets. Mass is not" — said Zaitsev.