Thursday, 20 June 2019
Russia is on the path of expansion of areas under sunflower
A record harvest of sunflower in Russia in the current season 2018/19 12.7 million tons was obtained by expanding space to a maximum of 8.1 million ha with the highest yield of 1.6 t/ha. 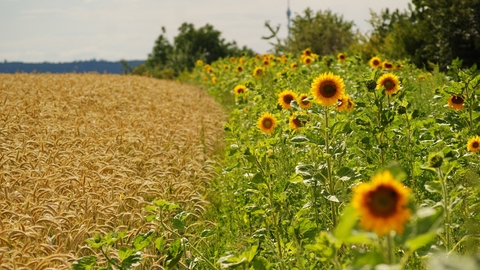 Processing of raw materials in the first four months of the 2018/19 season behind last year. With the beginning of the calendar 2019, the trend is changing, the monthly production of sunflower oil reaches record for these periods volumes.

At the end of the 2018/19 MG in Russia is expected to peak in production of sunflower oil.

The exports of sunflower in the 2018/19 season (September-April) increased to 117 thousand tonnes compared to 48 thousand tons a year earlier. More than 47% of the shipped to countries of the Customs Union (Kazakhstan and Belarus), about 20% in Turkey. The export of sunflower oil and meal follows the trend of the indicators of sunflower and reach records.

With the average level of productivity over the past three seasons Russia can get close to the record harvest of sunflower, experts say UkrAgroConsult.