Monday, 24 June 2019
Urbanized Chelyabinsk oblast is the leader of a UFO in agricultural
The Minister of agriculture of the Russian Federation Dmitry Patrushev arrived on a working visit to the Chelyabinsk oblast, where he met with acting Governor of the region Alexei Texiera, and also visited South Ural state University and the poultry farm "Sosnovskiy" 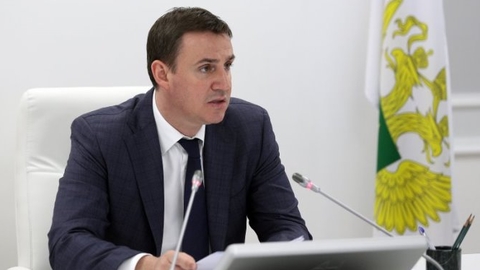 During the meeting with Alexei Texiera the parties discussed the current situation and prospects of agribusiness in the region, as well as issues of state support of farmers.

The Minister said sustainable development of agribusiness in the region – despite difficult climatic conditions and high urbanization of the territory, for the 2013-2018 period the volume of agricultural production increased by 27.3%.

In addition, Chelyabinsk oblast is the leader of a UFO by volumes of export of agricultural products, and by 2024 it must increase exports by almost three times – up to 292 million dollars.

The progressive development of agriculture will contribute to the measures of state support. Provided in 2019 for this purpose appropriations from the Federal budget in the amount of 1.5 billion rubles has already been transferred to the region, with almost half of the funds brought to farmers.

"Agribusiness is a priority in economy of the Chelyabinsk region. We live in the countryside 600 thousand people. We occupy a leading position in the agricultural complex of the country in different directions – one of the leaders in poultry, egg production, quite a lot produced pork, greenhouse vegetables," - said Alexey Teksler.

In one of the largest universities in the region – the South Ural state University Dmitry Patrushev visited the testing laboratory of agricultural machinery, maintenance and diagnosis of cars and tractors, noting the high level of their technical equipment, as well as a research library and classrooms.

Currently, the University has trained 7867 students and 316 teachers. The University is research work in 5 fields of science, actively developing international cooperation in scientific and educational spheres with the countries of near and far abroad.

In addition, the Minister of agriculture, visited a poultry farm, "Sosnowski" agricultural holding Ravis, where he got acquainted with the work of feed mills, incubation units, laboratories and processing facilities.