Wednesday, 11 September 2019
In the Volgograd region in September will launch a large plant for processing corn
The Governor of the Volgograd region Andrei Bocharov met with the investor of the future plant "new Bio" Vladimir Grebenkin. The theme of the meeting was the construction of the object: time, stages, plans for the commissioning of enterprise, is capable of processing 50% grown in the region of corn. 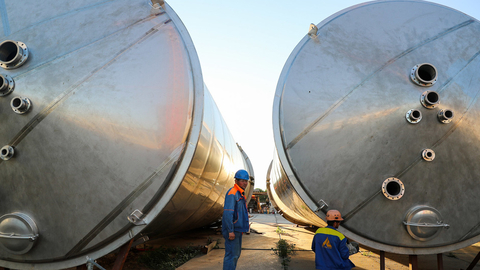 The project will also contribute to the development of agro-industrial complex of the Volgograd region and to improve the quality of life of the villagers.

Andrey Bocharov noted that the establishment of enterprise "new Bio" which will be engaged in deep processing of corn is important to the region: investment project will help in addressing its priority Volgograd region tasks.

Oleg Grebenkin, reported to the Governor that till the end of September all construction work on site is complete, and in October the best foreign and Russian experts will start the commissioning, which will take several months.

"We managed to assemble a dream team. This has not yet collected any enterprise. We went to the leading experts of the country, they have already begun to work. The buildup will not, — said Oleg Grebenkin. — We will recycle 50 percent of threshing corn in the Volgograd region. This will contribute to the fact that in two years the volume of growing corn will increase by another 50 percent."

The company "Newbie" builds in Alekseevsky region of the hull of the enterprise for deep processing of corn. Between administration of the Volgograd region and the investor signed a cooperation agreement to support export-oriented project, a landmark not only for the Volgograd region, but also for Russia in General: products that this factory will produce import-substituting and sought after in the production of children, therapeutic and sports nutrition, medicines, fodder for animals, as well as in the textile industry. In the set - maltodextrins, dried corn gluten feed and dry gluttony, native starches, and more.