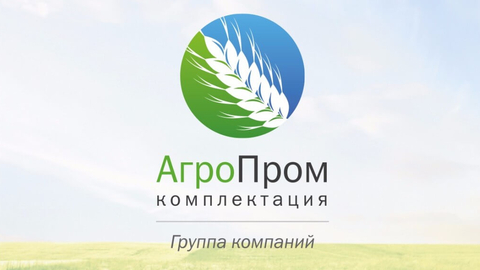 The sides expressed interest in joint actions in the sphere of development of agricultural production. "We are interested that this company has been in the Ryazan region, – said the head of the Ryazan region Nikolay Lyubimov. – Region today demonstrates progress in dairy farming. In the last two years significantly increased the production of milk and meat processing.

Investment projects implemented in these areas, we provide comprehensive support". "Meeting with the Governor was productive, - said the General Director GK "Agropromkomplektatsiya" Sergey Novikov. - We announced a road map and vision of the strategic development of the Group in the Ryazan region.

It is encouraging that the head of the region confirmed the possibility of supporting activities of "Agropromkomplektatsiya" in the region. I am sure that the cooperation will be effective and productive for both sides."

Today is the formation of land Bank of the Group in the Ryazan region - acquired 10 thousand hectares. In the future it will be increased 5-6 times. At the end of this stage may develop other directions of activity "of Agropromkomplektatsia", in particular, the production of animal feed etc.

In the course of his working trip to the Ryazan region Sergey Novikov also visited Korablinskiy and Ryazhsk districts where inspected the locations of the Group's production assets.